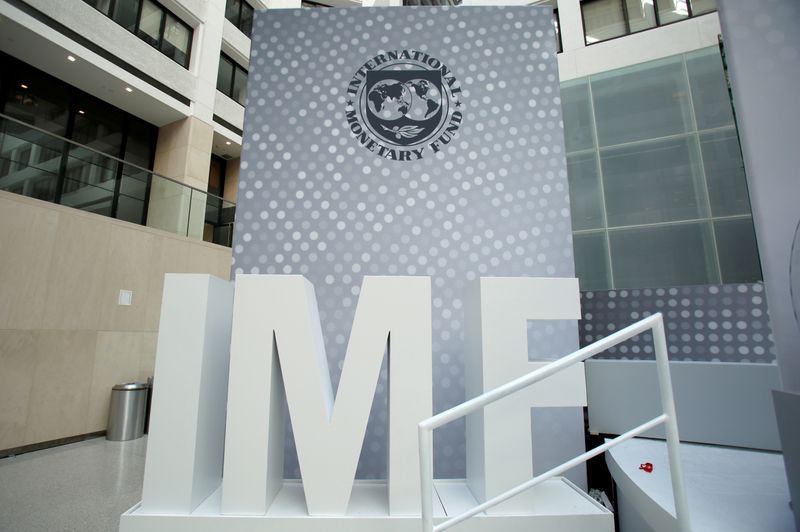 ROME (Reuters) – The IMF is narrowing its push for debt-for-climate swaps to focus on countries without major debt issues and has dropped plans to release a joint proposal with the World Bank before next week’s UN climate conference, according to sources familiar with the matter.

In April, International Monetary Fund (IMF) chief Kristalina Georgieva said green debt swaps could spur accelerated action on climate change in developing countries, and pledged to work with the World Bank to “advance that option” in time for the United Nations Climate Change Conference 26 in Glasgow.

But the endeavor has run into concerns about the potential impact and utility of such swaps given the small scale of previous swaps, limited interest by creditors, and the slow progress seen on a broader, more straightforward debt restructuring program launched by the Group of 20 last year.

Georgieva hosted a meeting on the swaps issue with officials from the United Nations, World Bank and outside experts in July, but there has been little progress on specific proposals, multiple sources familiar with the matter told Reuters.

Asked whether the IMF would unveil any concrete plans next week, a spokesperson said the global lender was continuing to “explore ideas” and expected discussions to extend for some time.

“Debt-climate swaps could be a useful complement to existing climate finance instruments, particularly in countries with sustainable debts but limited fiscal space,” the spokesperson said. “We are supportive of creating an environment that allows these swaps to flourish and achieve greater scale.”

World Bank officials have been skeptical, preferring to focus on changing climate-related policies rather than requiring additional spending from already heavily indebted countries, said sources familiar with the discussions.

IMF officials also raised questions internally about the impact of such targeted instruments, noting some donor countries may prefer grants due to greater simplicity, sources said.

Kevin Gallagher, who leads the Global Development Policy Center at Boston University, said the lack of progress on Georgieva’s plans was disappointing.

Gallagher’s think tank and two others in June called on G20 economies to launch a new global facility to guarantee new bonds that could be swapped by private creditors for old debt with a haircut, a plan modelled on the so-called Brady bonds issued by Latin American countries in the late 1980s.

“The IMF needs to increase its sense of urgency,” Gallagher told Reuters, underscoring the confluence of problems facing countries that were heavily indebted and at risk of climate change-related weather events.

John Morton, the U.S. Treasury Department’s top adviser on climate issues, said it was smart to maximize climate benefits in any debt-forgiveness programs, but it was largely a moot point for the United States, which does not hold a lot of sovereign debt of developing countries.

“In order for these debt-for-nature swaps to be meaningful, they need to be done at significant scale, and it’s hard to see an easy pathway to that,” Morton told Reuters in an interview.

One of the sources familiar with the discussions said debt-for-nature swaps totaled just $1 billion since the 1980s and arrangements were complicated to execute.

“This type of thing does not work on a systemic basis,” the source said, noting the slow progress Chad, Zambia and Ethiopia had made under the G20 Common Framework for Debt Treatments.