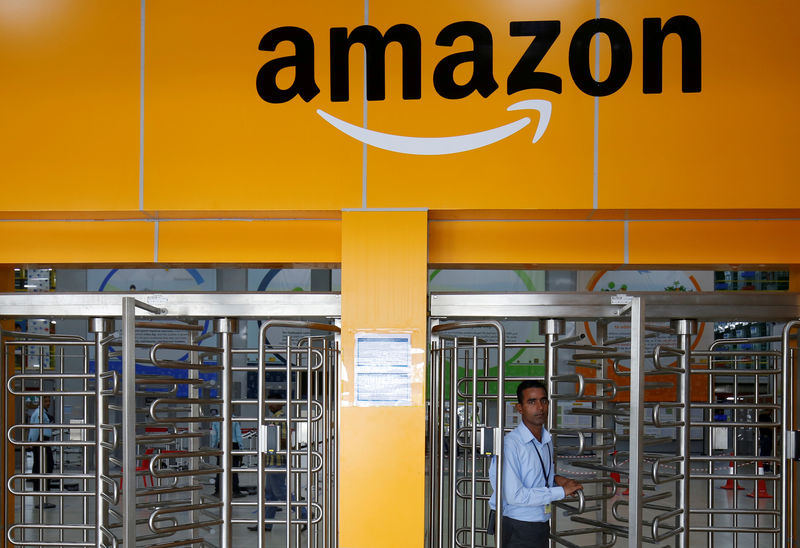 © Reuters. FILE PHOTO: An employee of Amazon walks through a turnstile gate inside an Amazon Fulfillment Centre (BLR7) on the outskirts of Bengaluru

By Manoj Kumar and Alasdair Pal

NEW DELHI (Reuters) – The flow of foreign direct investment into India is dropping and may suffer its first full-year decline since Prime Minister Narendra Modi came to power in 2014.

The reversal from strong numbers in Modi’s initial years in charge may indicate that investors are being deterred by the government’s recent protectionist policies and uncertainty about this year’s general election result.

Inbound foreign direct investment (FDI) dropped 7 percent to $33.5 billion in the nine months between April and December 2018, compared with $36 billion in the year-earlier period, according to figures released over the weekend.

Industry experts and some government officials said the investment inflows may remain sluggish for the next few months as investors wait to see who forms the next government after the election, which must be held by early May.

If Modi’s Bharatiya Janata Party loses power then there could be a coalition government involving the opposition Congress party and regional parties.

There is also concern among some foreign businesses about the Modi government’s increasingly protectionist tilt. That was illustrated by moves at the beginning of this month to tighten rules on the ways that big foreign-controlled online retailers Amazon (NASDAQ:) and Flipkart, which is controlled by giant U.S. retailer Walmart (NYSE:), are allowed to operate.

Walmart last year invested $16 billion in buying 77 percent of Flipkart. It is unclear how much of that deal is reflected in the latest FDI data.

The FDI figures, which haven’t been produced for about six months and have elicited little attention as they were released without fanfare over the weekend, exclude reinvestment of profits by foreign companies already in India as well as new investment through the capital markets.

The top sources for the FDI were Singapore, with $13 billion, Mauritius $6 billion, Japan $2.2 billion and Britain with $1.1 billion. Mauritius is often used by Indians living overseas and Indian companies to route money into or out of India.

The growth of FDI inflows has been dropping dramatically since recording a 35 percent rise in the fiscal year to March 31, 2016, after Modi came to power. That sharp growth was helped by policies introduced in his first two years in power that promoted foreign investment, as well as by the certainty of having a government with a clear majority in parliament.

Initially, investors were attracted by the launch of a new nationwide sales tax in 2017, a promise (as yet unfulfilled) to bring down the corporate tax to 25 percent, and incentives to set up factories for domestic and export markets.

India has moved up 53 places in the World Bank’s Ease of Doing Business survey to 77 in the last two years, and Modi is aiming for a top 50 spot by next year.

But there is a growing feeling, business leaders said, that while countries such as Vietnam are offering tax holidays to investors, India has shifted toward protectionism under political pressure.

“Lack of policy certainty along with upcoming elections are two reasons that the reduction in foreign direct investments can be attributed to,” said Sachin Taparia, founder of Local Circles, a network of about 30,000 businesses.

A senior commerce and industry ministry official, who deals with foreign investors, said the fall in investment inflows was temporary and the government expects them to pick up again.

“India has opened up almost all sectors for foreign investors,” he said, adding that the government was investing to build infrastructure, particularly roads, ports, railways and power plants, to entice investors.

“Unlike some other countries, we have no plans to offer tax holidays to attract investors,” said the official, who declined to be named as he was not authorized to speak to media.

Another government official said India had no plans to give any special treatment to foreign investors, and recent curbs on dubious inflows of funds from tax havens were one of the reasons behind fall in capital inflows.

Some investors, however, said they remain bullish on the world’s sixth largest economy.

“This country has lacked infrastructure, not just physical but legal, regulatory, monetary,” he said at a conference late last week. “Fortunately, that’s changing.

“There is obviously much more to do: more infrastructure is certainly needed (and) more cohesive and faster regulatory processes. The good news is that this government gets it.”