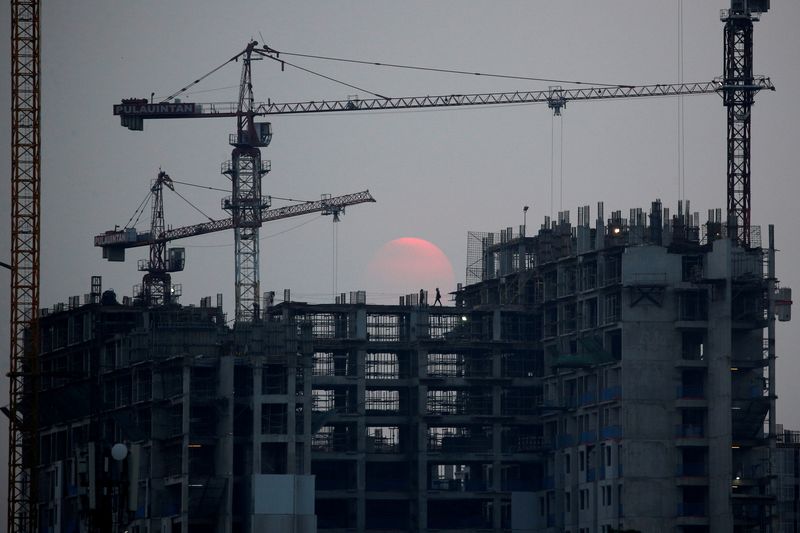 © Reuters. A worker walks at a construction site during dusk in Jakarta

JAKARTA (Reuters) – Indonesia fell into recession for the first time in over two decades in the third quarter as the COVID-19 pandemic battered consumption and business activity in Southeast Asia’s largest economy, official data showed on Thursday.

Gross domestic product (GDP) shrank 3.49% on an annual basis in the July-September period, data from the statistics bureau showed, slightly more than the 3% contraction expected in a Reuters poll. The economy contracted 5.32% year-on-year in the second quarter.

Indonesia’s first recession since the Asian financial crisis in 1998 – normally defined as two consecutive quarters of economic contraction – comes as the country has struggled to contain the coronavirus outbreak.

Authorities in Indonesia, which has the highest COVID-19 cases and death toll in Southeast Asia, expect some 3.5 million people to lose their jobs this year, with the government and the central bank both taking action to try and soften the blow.

Statistic bureau chief Suhariyanto said despite the annual contraction, the economy showed improvement in the third quarter from the previous three months in all sectors.

On a quarterly, non-seasonally adjusted basis, GDP grew 5.05% in the June-September period, but that was also slightly below expectations for 5.34% rise in the Reuters poll.

“Given the weak momentum from Q3, the GDP for Q4 is at risk as well and we are more likely now than before to see growth still at significant negative print of around -2% in Q4, which would push the full year GDP to -2%,” said Wellian Wiranto, an economist with OCBC.

The government has pledged to accelerate spending to push GDP back into growth this quarter, while Bank Indonesia Governor Perry Warjiyo has said the central bank has further room to act after 100 basis points of rate cuts and more than $30 billion of government bond purchases, including in the primary market.