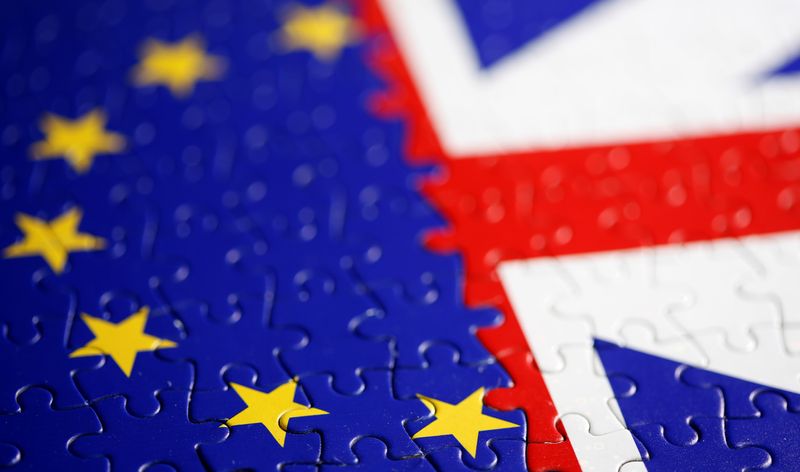 By Gabriela Baczynska and Padraic Halpin

BRUSSELS/DUBLIN (Reuters) – Ireland’s prime minister said on Monday he hoped the outline of a Brexit free-trade deal would emerge by the end of this week, despite what the European Union’s negotiator called “fundamental divergences” at talks.

Britain and the EU are trying to agree terms to keep annual bilateral trade worth nearly a trillion dollars free of tariffs and quotas from 2021, when a standstill transition period ends following Britain’s departure from the EU last January.

But Irish Prime Minister Micheal Martin, whose country is in the EU, said he had got a sense of progress from both negotiating teams.

“I would be hopeful that, by the end of this week, that we could see the outlines of a deal, but that remains to be seen,” Martin said during a visit to Dublin port. “It is down to political will, both in the United Kingdom and I’m clear the political will is there from the European Union.”

Even so, he said small and medium-sized firms should step up preparations for a new economic reality after the transition period – which preserves membership in all but name until the end of this year – whether or not there is a deal.

Face-to-face talks on a new partnership agreement between the EU and Britain were suspended last week after a member of the EU delegation tested positive for the new coronavirus, but they are expected to resume when its is “safe” to meet again.

“Time is short. Fundamental divergences still remain, but we are continuing to work hard for a deal,” Barnier said on Twitter.

The focus was still on dividing up fishing quotas and ensuring fair competition for companies, including on regulating state aid.

An EU official who declined to be named said: “The differences on the level playing field and fisheries remain major.”

The British Sun newspaper reported that the negotiators were looking at a clause that would allow a renegotiation of any new fishing arrangement in several years.

An EU diplomat, who spoke under condition of anonymity, said such an idea was under discussion but the bloc wanted it linked to the overall trade agreement, meaning fishing rights could be renegotiated only together with the rest of the trade rules.

“We need to uphold the link between fishing and trade rules, this comes in a package,” the source said.

The EU official said annual renegotiation of fishing quotas was a ‘no-go’ for the 27-nation bloc. Fisheries are a particularly sensitive issue for France.