Is This Latest Run In Bitcoin Sustainable?

It’s been a while since I wrote about and it has largely been flying under the radar this summer. Rather than act as a safe haven during the COVID crash, it tumbled alongside everything else. Since then, most pundits gave up on it and it isn’t attracting much coverage in the financial press. Maybe yesterday’s run-up to $13k will change that. 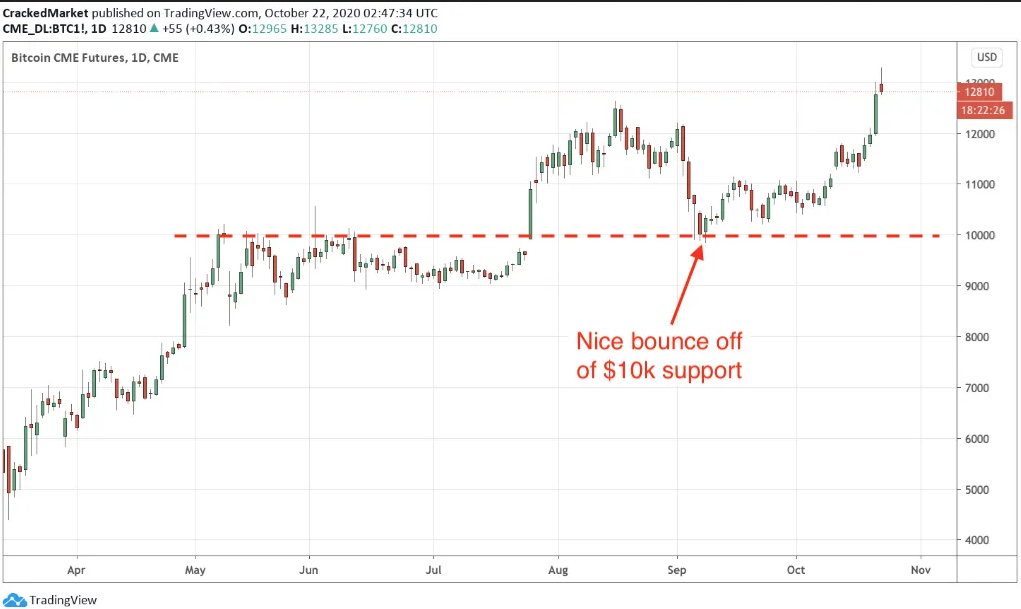 $10k has been the key level for this cryptocurrency. I’m not a big fan of virtual currencies by any stretch of the imagination, but as long as this held above $10k, it was doing everything it needed to do to earn our respect. It took a few months, but it finally delivered on that promise, surging nearly 30% in a month, most of that happening over the last few days. Not bad.

What’s behind this strength? There are a lot of opinions being thrown around between PayPal integration and a mountain of U.S. stimulus coming our way, but if I had to guess, a lot of nervous Republicans and Democrats are hedging their portfolios in case “the other guy” wins the election.

I’m pragmatic enough to know the presidency isn’t nearly as important as most people believe. Markets go up and down regardless of who sits in the oval office and this election cycle won’t be any different.

BTC will lose its appeal after the election and will most likely retreat back to $10k support.

There is nothing wrong with riding this latest wave higher but be sensible and follow this rally with a trailing stop. Remember, we don’t make money until we take profits in our best trades.