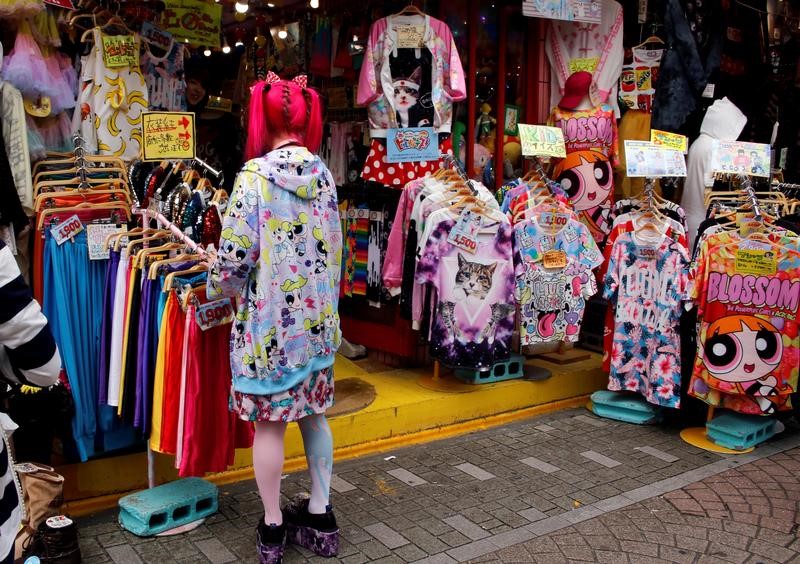 Prices, excluding those for fresh food, were unchanged from a year earlier, the ministry of internal affairs reported Friday in a result that matched the estimate from analysts. Rising costs for hotels, processed food and energy cushioned the impact of mobile phone rates that have fallen sharply under pressure from outgoing Prime Minister Yoshihide Suga.

Despite August’s slightly improved reading, Japan’s weak inflation pulse has trapped the Bank of Japan in a holding-pattern while the Federal Reserve and other central banks move toward reining in pandemic stimulus. The BOJ on Wednesday kept its key stimulus tools in place and is likely stuck for the foreseeable future.

“At least we can say prices aren’t falling, so the BOJ can continue to keep a close eye on it, without taking additional easing steps,” said economist Taro Saito at NLI Research Institute.

While producer prices have jumped recently, climbing 5.5% in August, most Japanese firms aren’t choosing to pass those costs on to customers. Notable exceptions include Yamazaki Baking and dairy company Megmilk Snow Brand, which recently hiked prices due to higher costs of raw materials from oil to sugar.

BOJ Flags Pressure on Economy Ahead of Japan Leadership Vote

Global supply-chain snags and surging commodities prompted the Paris-based OECD this week to raise its forecast for consumer price inflation this year and next in every Group of Seven country, except Japan.

August’s inflation report continued to show the numbers being swayed by government initiatives that analysts say have made it hard to grasp underyling price trends.

The cost of hotel accommodation rose nearly 50% compared with the level last summer, when the government’s “Go-To Travel” discounts to help the ailing tourism industry had just gone into effect.

BOJ Flags Pressure on Economy Ahead of Japan Leadership Vote

Moving in the opposite direction, the cost of mobile phone service fell by almost the same amount, shaving 1.2 percentage points from the overall price index. Getting phone companies to slash rates was a top priority of the Suga administration.

“We expect the core CPI to rise 0.2% in September, supported by higher energy prices. Beyond that, pent-up demand and a lower base for energy prices last year will support inflation toward the end of the year, assuming virus infections are brought under control by September.”

With more expensive energy and the continuing hotel-effect, some small price gains should start to take hold in Japan, especially as higher vaccination rates begin to allow for restrictions on businesses to be lifted and shoppers get out more. The latest state of emergency is set to last through the month.

The ruling Liberal Democratic Party is preparing next week to pick a replacement for Suga, with the new leader widely expected to put together a stimulus package to help the economy get back on a firmer recovery track.