As we can see in the H4 chart, the descending tendency continues. Right now, after finishing a “Hanging Man” pattern, is reversing and testing the support level. After a slight correction, the pair is expected to resume moving downwards with the target at 1.3000. However, an alternative scenario implies that the price may return to the resistance area at 1.3265 before resuming the downtrend. 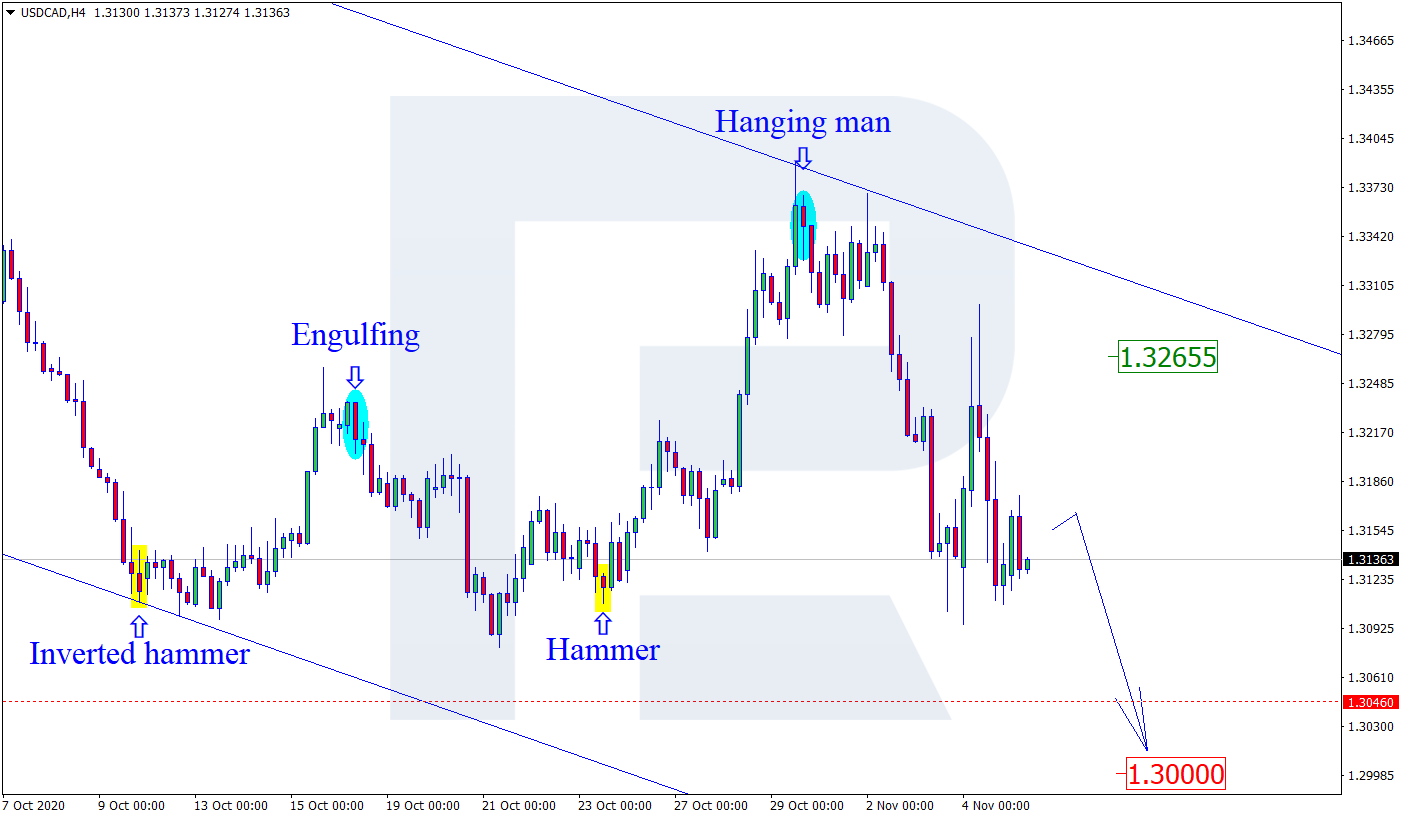 As we can see in the H4 chart, after breaking the descending channel’s upside border, continues moving upwards. Right now, the pair is correcting. After finishing the pullback, the asset may resume growing to reach the resistance area at 0.7245. At the same time, an opposite scenario says that the price may fall to return to 0.7045 before resuming its growth. 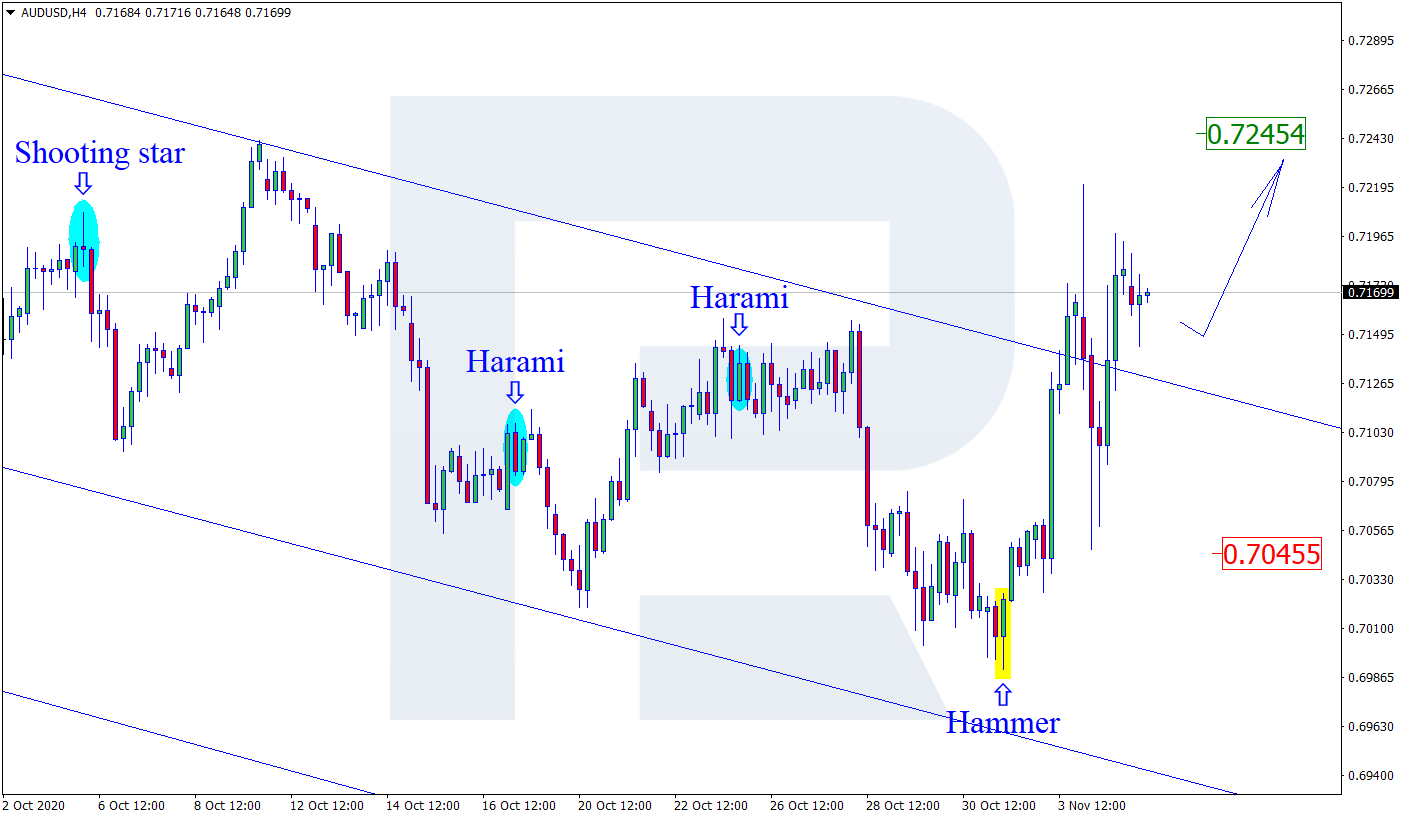 As we can see in the H4 chart, the asset continues forming the descending impulse. After forming several reversal patterns, such as “Harami”, not far from the horizontal support level, is expected to reverse and form a slight correction. In this case, the downside target may be the next support area at 0.9030. Still, there might be an alternative scenario, according to which the asset may continue falling and return to the resistance level at 0.9185 before resuming its descending tendency. 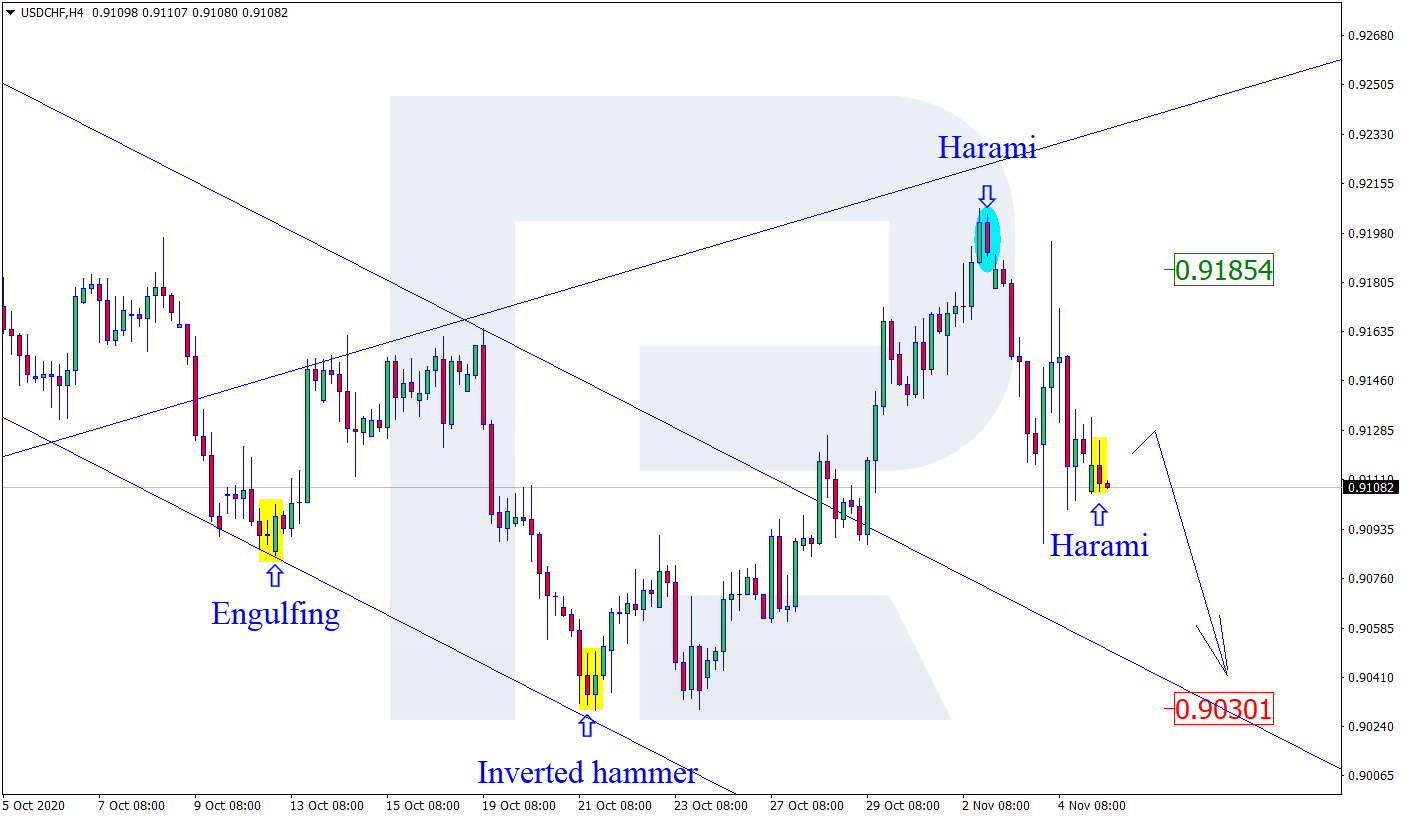 Disclaimer: Forecasts presented in this section only reflect the author’s private opinion and should not be considered as guidance for trading. RoboForex bears no responsibility for trading results based on trading recommendations described in these analytical reviews.