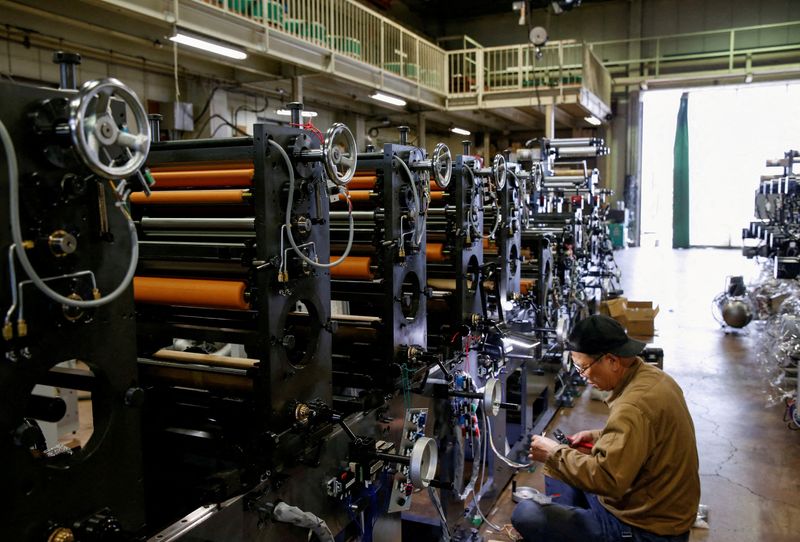 The au Jibun Bank flash Japan manufacturing purchasing managers’ index (PMI) was at a seasonally adjusted 48.9 in January, unchanged from the final reading in the previous month.

The soft factory activity clouds policymakers’ hopes that key wage talks in the months ahead will offset the squeeze to consumers from 41-year-high inflation and help sustain the fragile post-pandemic recovery.

The index stayed below the 50-line that separates contraction from expansion for a third straight month, after December’s final figure marked the fastest fall in 26 months.

Factory output and new orders decreased for a seventh consecutive month, although at slower paces than last month, the sub-index data showed.

By contrast, service-sector activity extended growth for a fifth month, thanks to a tourism boom and relaxation of COVID-19 curbs.

The au Jibun Bank flash services PMI rose to a seasonally adjusted 52.4 in January from the previous month’s 51.1 final, hitting a three-month high.

“Similar to trends recorded over much of the past six months, a divergence between the manufacturing and services sectors has remained,” said Laura Denman, economist at S&P Global (NYSE:) Market Intelligence, which compiles the survey.

On the outlook, however, service operators were less optimistic, with a business sentiment sub-index hitting the lowest in 24 months. While input prices rose at a faster pace than the previous two months, output price inflation was the slowest in five months, squeezing profitability.

Overall, the au Jibun Bank Flash Japan composite PMI rose to 50.8 in January, up from last month’s final 49.7 and emerging above the break-even 50 line for the first time in three months.