J&J settles most Risperdal lawsuits, with $800 million in expenses By Reuters 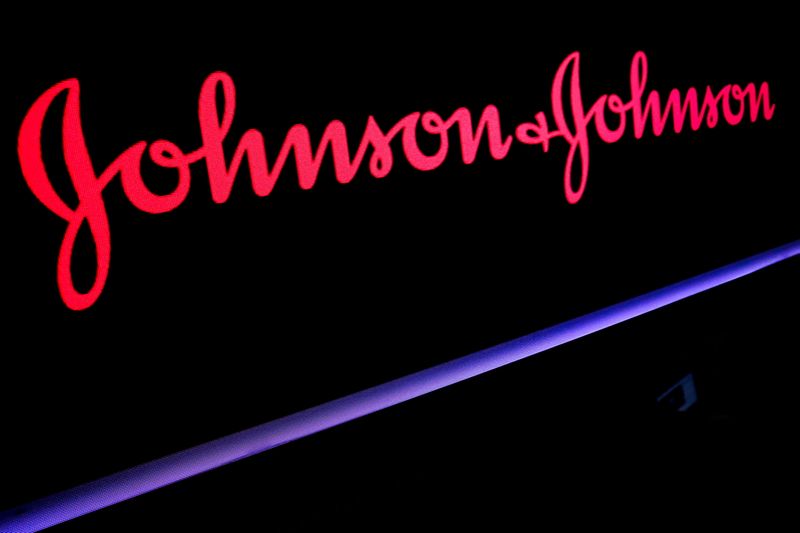 © Reuters. FILE PHOTO: The Johnson & Johnson logo is displayed on a screen on the floor of the New York Stock Exchange (NYSE) in New York, U.S., May 29, 2019. REUTERS/Brendan McDermid/File Photo

(Reuters) – Johnson & Johnson (NYSE:) said it has settled most of the lawsuits it faced by thousands of men who claimed its anti-psychotic drug Risperdal caused them to develop excessive breast tissue and disclosed that it recorded $800 million in expenses in connection with the agreement.

J&J said in a filing with the U.S. Securities and Exchange Commission on Friday that it reached a settlement in principle in September to resolve “substantially all” of the roughly 9,000 cases that the New Brunswick (NYSE:), New Jersey-based drugmaker faced over Risperdal.

The company said it reached the agreement with lawyers handling cases including a lawsuit in state court in Philadelphia by Nicholas Murray, a Maryland resident who a jury awarded an $8 billion punitive damage award in 2019 that a judge later reduced to $6.8 million.

J&J said it accrued $800 million in legal expenses in the third quarter related to the settlement.

It was unclear what other cases in the United States were part of the accord. Many of the lawsuits were also pending in Pennsylvania, and the company also faced cases in California and Missouri.

Lawyers for plaintiffs did not immediately respond to requests for comment.

The lawsuits generally accused J&J of failing to warn of the risk of a condition called gynecomastia associated with Risperdal, which they said the company marketed for off-label, unapproved uses with children. J&J denied the allegations.

The U.S. Food and Drug Administration approved Risperdal in 1993 to treat schizophrenia and bipolar mania in adults, but it was only in 2006 that its use was approved for irritability associated with autism in children.

The company separately agreed in 2013 to pay $2.2 billion to settle U.S. criminal and civil probes into its marketing of Risperdal and two other drugs.

The U.S. Supreme Court in May rejected a bid by Johnson & Johnson to overturn a $70 million jury verdict against the company for its failure to warn about risks associated with off-label uses of Risperdal. The court turned away the J&J’s appeal of a 2019 ruling by the Superior Court of Pennsylvania that upheld the verdict in favor of a Tennessee man who was prescribed the drug at age 4 in 2003.