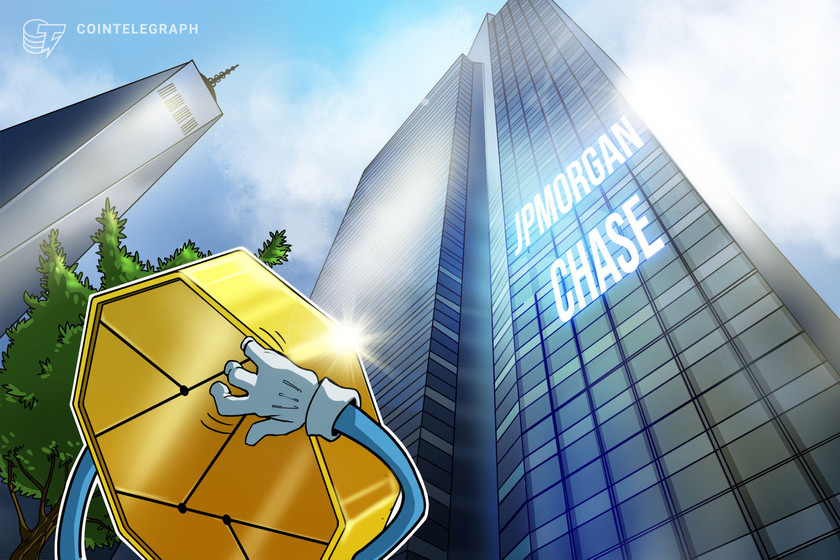 A year-and-a-half after it was first announced, JPM Coin — JPMorgan Chase’s in-house stablecoin — is now live and in use by a major transnational tech firm for round-the-clock cross-border payments.

According to a report on Oct. 27, this real-world proof that the technology is increasing efficiency and reducing costs has bolstered the megabank’s confidence in the technology’s promise and profitability. With the expectation that further commercial clients will sign up to use the stablecoin, JPMorgan has created a dedicated business devoted to digital currency and blockchain work.

The new business unit, dubbed “Onyx,” has over 100 staffers and is being led by Umar Farooq as CEO. Takis Georgakopoulos, JPMorgan’s global head of wholesale payments, told reporters:

“We are shifting to a period of commercialization […] moving from research and development to something that can become a real business.”

On the heels of PayPal’s recent embrace of crypto, incumbents’ confidence that blockchain can actually make them money appears to be on the rise. JPMorgan’s experimentation and development with the technology thus far can be broken up into several key areas.

First, the megabank has been piloting a blockchain-based Interbank Information Network since 2017, involving over 400 participant banks and corporations. JPMorgan believes that the network, now being rebranded as Liink, can bring significant efficiency savings for the complex interactions of corresponding banks in cross-border wholesale payments. JPMorgan itself accounts for cross-border wholesale payment flows of over $6 trillion per day, across over 100 different countries.

The bank has also identified blockchain’s usefulness to innovate the existing, outdated system for processing “hundreds and millions” of paper checks. Blockchain and digitization can, securely, banish the physical aspects of this exchange altogether. Georgakopoulos said that a new blockchain system is months from commercial launch:

“Using a version of blockchain with the participants being the main issuers of checks and the main operators of lockboxes, it’s possible we can save 75% of the total cost for the industry today, and make checks available in a matter of minutes as opposed to days.”

Lastly, JPMorgan has confidence in blockchain for the creation of new payment rails for global central banks and their evolving central bank digital currencies. Pointing to China and Singapore, Georgakopoulos expressed his confidence that the probability of CBDC adoption is “very high.”

The new CEO of Onyx gave his insights as to why developments have appeared “slow,” or at least equivocal, on the blockchain front at JPMorgan until now:

“If you think about blockchain, we are either somewhere in the trough of disillusionment or just beyond that on the hype curve. That’s why at JPMorgan we’ve been relatively quiet about it until we were ready to scale it and commercialize it.”