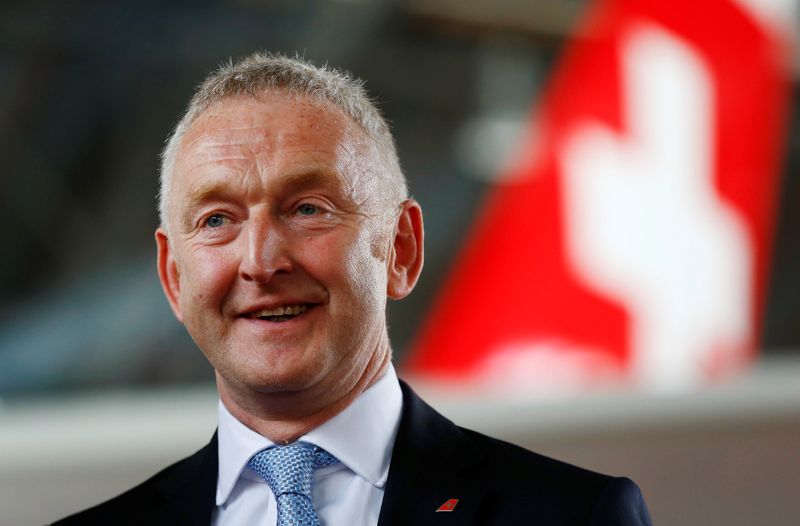 The Swiss government has granted the airline more than 1 billion euros ($1.17 billion) in loan guarantees to help it cope with the collapse in air travel due to the pandemic. Like many of its peers it decided to shrink its staff and fleet.

“We are initially relying on three socially acceptable measures: a hiring freeze, part-time models with salary reductions, and early retirement,” Kluehr told newspaper Schweiz am Wochenende, adding that based on staff fluctuations in recent years it should be possible to cut 1,000 jobs without layoffs.

Swiss and Edelweiss Air, a much smaller sister airline, have 10,475 employees, according to the Lufthansa Group’s second-quarter financial report https://investor-relations.lufthansagroup.com/fileadmin/downloads/en/financial-reports/interims-reports/LH-QR-2020-2-e.pdf. Swiss has roughly 9,500 staff, Schweiz am Wochenende said.

Kluehr, whose successor has yet to be announced, said the airline industry’s current crisis should last three to five years. In terms of job cuts much would depend on how quickly the market recovers, he added.

“If, in the medium to long term, we expect Swiss’s business to shrink by 20% – and that is what we expect at the moment – then the 1,000 jobs would suffice, yes,” said Kluehr.

“If we see in the first quarter, looking towards the summer, that the situation is not improving, particularly in long-haul, then the 1,000 jobs will not be enough.”