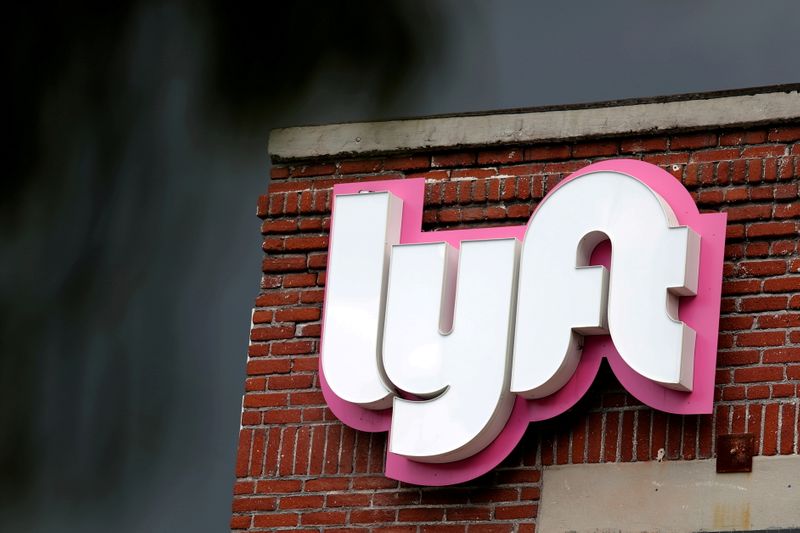 By Tina Bellon and Akanksha Rana

(Reuters) – Lyft Inc (NASDAQ:) on Tuesday posted an adjusted quarterly profit three months ahead of target as it kept costs down while rides rebounded.

The company made an adjusted profit before interest, taxes, depreciation and amortization for the first time in its nine-year history. For the three months ending in June it posted adjusted earnings of $23.8 million. The adjustments exclude one-time costs, primarily stock-based compensation, which drove a $252 million net loss.

Lyft shares rose sharply following the results but later pared gains to trade 1% higher after hours. Shares of Uber Technologies (NYSE:) Inc were up 2%, as the Lyft results raised expectations for its larger rival, which releases its own quarterly report on Wednesday.

“Our business model has never been more healthy,” Lyft President John Zimmer said in an interview with Reuters, citing greater profitability from technology and efficiency improvements the company has made over the last couple of years.

Zimmer said the company would be able to keep costs down even when ridership returns to pre-pandemic levels.

“We expect to remain profitable on an adjusted basis going forward and are hopeful that the country will continue to come back,” Zimmer added.

Lyft on Tuesday said its platform had continued to grow in July despite increasing concerns over the more contagious Delta variant of the coronavirus spreading throughout the United States.

Company executives told analysts on a conference call late on Tuesday that they are carefully watching the spread of the Delta variant and also that they expect revenue per ride to decrease as incentives to attract drivers remain high in the third quarter.

“We are cautiously keeping an eye on new developments and expect continued volatility and variability among cities,” Chief Financial Officer Brian Roberts said. “Future conditions can change rapidly and may impact our outlook.”

Rising COVID-19 cases created a little uncertainty in the near term, said James Cordwell, an analyst with Atlantic Equities.

“The fact that the company is profitable while active riders are still 20% below pre-COVID levels suggests there is still plenty of upside in terms of Lyft’s profit potential,” Cordwell added.

Analysts had expected an adjusted EBITDA loss of nearly $50 million, according to Refinitiv data. Lyft originally had said it would achieve the profitability goal by the end of this year, then moved the target ahead to the third quarter.

The earlier-than-expected profitability announcement came as ridership grew by more than 3.6 million from the first three months of the year to more than 17 million riders during the second quarter – a time when U.S. cities lifted pandemic-related restrictions and more Americans returned to the road.

Second-quarter revenue came in at $765 million, above analyst estimates for $697 million.

Lyft was able to take advantage of its leaner cost structure thanks to drastic cost cuts over the last year. The company slashed around $2.5 billion from its expenses in 2020, including through widespread layoffs.

Lyft and Uber have struggled to ramp up driver supply as consumers return to their platforms, providing large incentives and payment guarantees in an effort to attract drivers.

Zimmer said the company had welcomed 50% more new drivers in the second quarter compared with the first and said driver earnings remain at elevated levels across the country.

Lyft previously said it expects more drivers to return in the third quarter, when enhanced U.S. unemployment pay is phased out in all states.

But driver earnings could remain higher long-term compared with pre-pandemic times, Zimmer said, with more efficient routing software reducing the overall number of drivers and the miles drivers spend cruising around without a passenger in the backseat.

“The idea is that we can be more efficient, we can do more with less, we can help drivers earn more,” Zimmer said.

Lyft in July also resumed its shared rides offer, suspended at the start of the pandemic. It allows multiple passengers to split a car traveling in the same direction, but Lyft currently limits shared rides to two passengers, with the middle and front seats remaining empty.