The winner of the US Presidential Race is still uncertain, and vote count continues. Both Trump and Biden say they are on their way to victory, but this confrontation promises to escalate into lawsuits and further counting of votes. The same, nose-to-nose race is taking place in House and Senate elections.

Biden has some advantage in the presidential race, as he holds 264 electoral votes against 214 for Trump. However, the Democrats are far from a complete victory. The so-called “Blue Wave” has not materialised. It seems that the Senate is being left to the Republicans while the Democrats lead in the House of Representatives is set to decrease. This adjustment will hinder the progress of the relief package, which continues to depend on the ability of the opposing parties.

Previously, this scenario was assumed to be the most dangerous for markets. But despite the strong growth shown by stock indices, we need to rethink how different actual investor reactions can be.

Many observers note that demand for stocks and oil (signs of optimism) went hand in hand yesterday with the decline in US government bond yields and the poor performance of gold (signs of investor caution).

In our view, we should not look for clear market signals of total optimism or, on the contrary, signs of caution in the movements of the past day. The strengthening of purchases should be linked to deferred demand. In the last few weeks prior to the elections, American assets were under pressure, creating pent-up demand. Now, investments are supported by an inflow of new funds at the beginning of the month.

The fact that investors are buying both bonds and equities indicates a frame of mind for a prolonged confrontation between politicians in the coming weeks, leaving the central bank as the last line of defence for the economy. 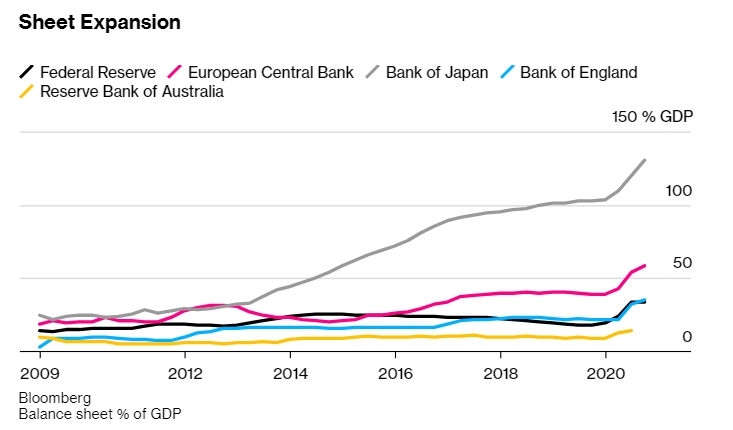 The Federal Reserve will hold its next meeting today, where investors hope to see the readiness of the regulator to help the economy if necessary. Investors are not waiting for such steps from the Fed today but assume that they will hear hints of easing in December, as in the case of the ECB. Earlier this week, the Reserve Bank of Australia lowered the rate and expanded QE, today the Bank of Japan and Bank of England both announced expansion of their QE programs.

These actions by other central banks are helping the dollar not to look so weak, acting alone with the Fed’s massive quantitative easing. At the same time, these measures work to reduce the value of money and support prices for other assets such as stocks and commodities.