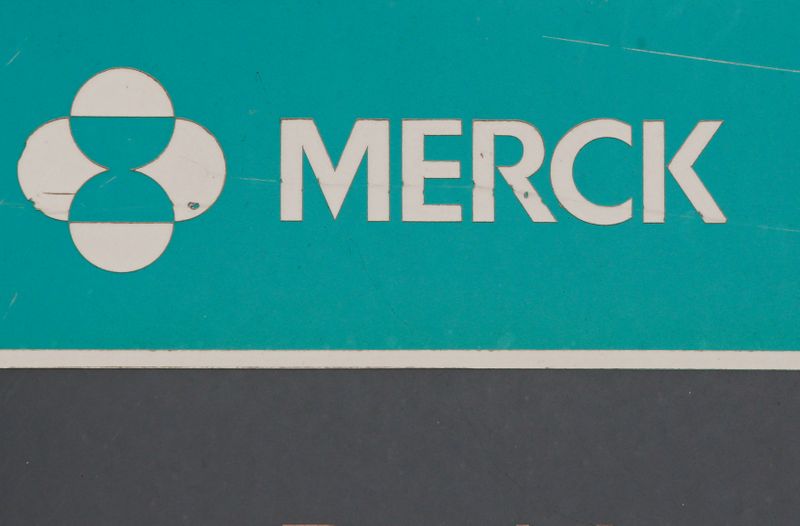 © Reuters. FILE PHOTO: The Merck logo is seen on a sign at the Merck & Co campus in Linden, New Jersey

(Reuters) – Merck & Co Inc (N:) posted a quarterly profit that beat estimates on Tuesday and raised its adjusted earnings forecast for the full year, as it expects a majority of the blow from the ongoing COVID-19 pandemic to now be behind it.

The upbeat results showed Merck was on a recovery path after its revenue took a hit at the height of the pandemic, nudging the company’s shares about 2% higher in premarket trading.

Sales of the drugs increased by 2% to $11.3 billion during the third-quarter, driven primarily by growth in its cancer drugs like blockbuster immunotherapy Keytruda and certain hospital acute care products.

The company also benefited from increased demand for its bacterial pneumonia vaccine, Pneumovax 23, in the United States, Japan, and Europe as people seek to avoid one lung disease compounding another during the pandemic.

Sales of Keytruda, which is an approved treatment for cancers including non-small-cell lung cancer, rose 21% to $3.7 billion, above analysts estimates of $3.66 billion, according to six analysts polled by Refinitiv.

For 2020, Merck now expects an unfavorable impact to revenue of about $2.35 billion due to the pandemic, up from $1.95 billion it had initially estimated.

Excluding items, Merck earned $1.74 per share, beating analysts’ average estimates of $1.44 per share, according to IBES data from Refinitiv.