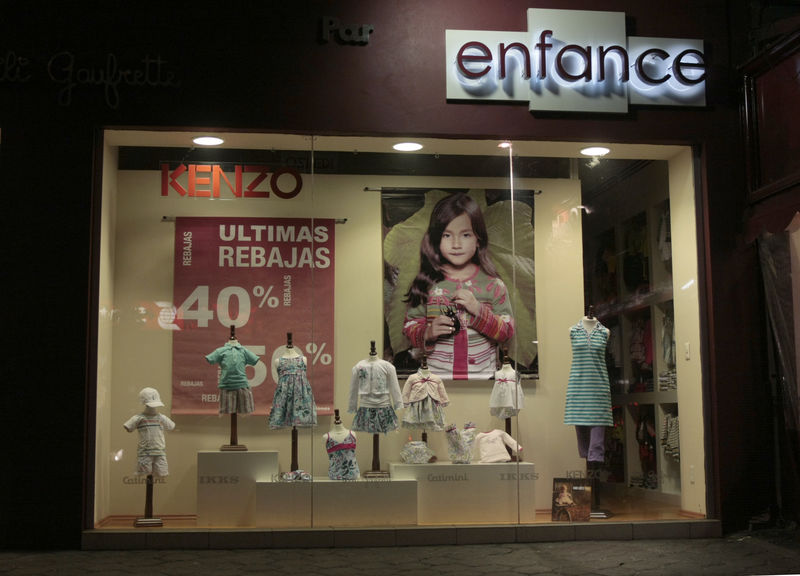 © Reuters. A store offers 40 to 50 percent discount on its products in Mexico City

MEXICO CITY (Reuters) – Mexico’s annual inflation eased by more than expected in the first half of February to its lowest level since a liberalization of gasoline prices raised costs at the start of 2017, data from the national statistics agency showed on Friday.

Consumer prices rose by 3.89 percent in the first half of February compared with the same period a year earlier. That was the lowest level since late December 2016. Compared with the last two weeks of January, prices fell by 0.10 percent.

A Reuters poll of economists had forecast inflation would stand at 4.07 percent in early February, and that prices would rise 0.12 percent compared with the previous two weeks.

The data, which took inflation to within the central bank’s target range for the first time since 2016, showed that a fall in costs for some foodstuffs had helped bring down prices overall during the first half of February.

The central bank targets inflation of 3 percent, with a tolerance threshold of one percentage point above or below.

Economists at Capital Economics wrote in a note to clients that the dip in inflation had strengthened the case for interest rate cuts by the central bank later this year.

Mexican inflation hit its highest level in over 16 years in 2017 following a reduction in gasoline subsidies. Since then, the central bank has raised rates to their highest in over 10 years to try to contain price pressures.

The data also showed that the closely watched core price index, which strips out some volatile food and energy prices, climbed by 0.26 percent in early February. The Reuters poll had forecast an increase of 0.25 percent.

Minutes from the central bank’s Feb. 7 monetary policy meeting published on Thursday showed the bank’s board saw the balance of risks to inflation tilted upward.

Most members of the bank’s board also voiced concerns in the meeting that state oil firm Pemex could prove costly for borrowing in Mexico if the financially stretched company suffers a fresh downgrade to its credit rating.

Facebook
Twitter
Pinterest
WhatsApp
Previous articleTraders Brace For Flood Of Market-Moving Events In The Week Ahead By Investing.com
Next articleAnt may raise up to $17 billion in Shanghai IPO leg as investors submit bids, say sources By Reuters