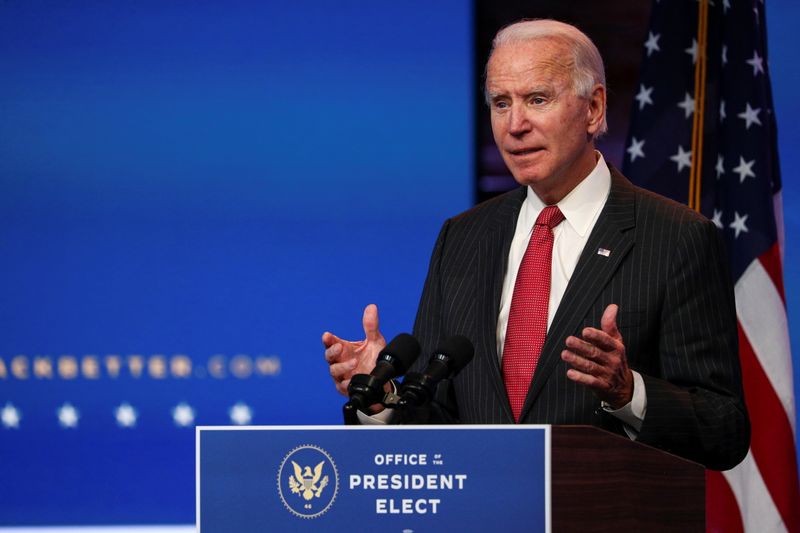 NATO Secretary General Jens Stoltenberg and European Council President Charles Michel, in phone calls with Biden, congratulated him on his election win and invited him to visit the military alliance’s headquarters in Brussels, which is also the hub of the 27-nation EU.

Stoltenberg thanked Biden “for being a long-standing supporter of NATO and the transatlantic relationship,” according to a statement by the military alliance, while Michel “proposed to rebuild … strong transatlantic” ties, his office said.

As the EU grapples with the historic setback of Brexit, the bloc’s statement also highlighted Biden’s support for preserving peace and stability on the sensitive Irish border despite Britain leaving the EU.

Biden has told London it must honour its 2020 divorce deal with the EU as it protects peace on the island of Ireland, or else there will be no U.S. trade deal for Britain.

That comes as a welcome change of tone from Washington for the EU, which has often locked horns with President Donald Trump who has praised Brexit, pulled the United States out of a global climate pact and has been openly hostile to NATO, lambasting its European allies for spending too little on defence.

Facebook
Twitter
Pinterest
WhatsApp
Previous articleXRP price rallies 91% in a month due to 3 fundamental factors By Cointelegraph
Next articleGlimmer of hope for investment in Europe: EY survey By Reuters