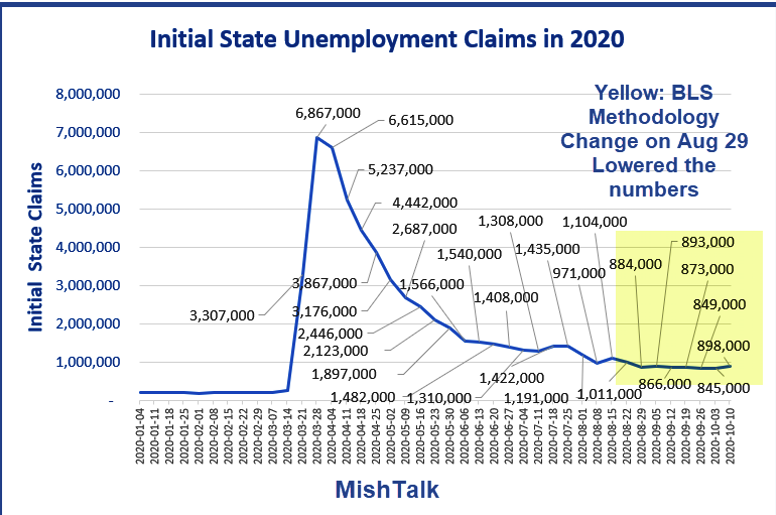 Unemployment claims unexpectedly rose to the highest level in 8 weeks.

The BLS changed its methodology for counting initial claims effective Aug. 29. The change artificially lowered the counts for that week.

Since the BLS did not revise back, the weeks starting Aug. 29 are distorted vs the weeks prior. 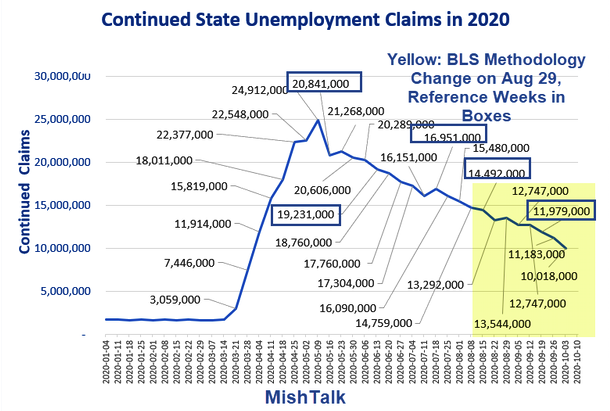 The rate is set by survey on the week that contains the 13th of the month, the weeks in boxes.

However, continued claims are distorted by three factors.

Bloomberg Econoday has this interesting blurb last week regarding California.

California is now offline when it comes to claims data as it scrambles to limit unemployment fraud. With the weekly estimate for the US’s largest state now frozen at a prior level of more than 260,000, forecasters see total initial claims easing slightly but not substantially to 819,000 in the October 3 week.

California is still offline. I assure you fraud goes well beyond California. 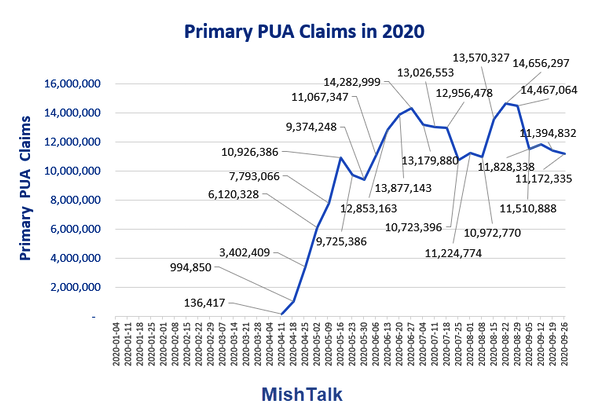 Over 11 million people receive PUA. This is where most of the fraud is hidden.

I suspect most of it is not fraud, but no one knows the real numbers due to the loosy-goosy nature of the program.

In terms of determining unemployment, I suspect that at least 2 million of those 11 million are genuinely unemployed.

All Continued Claims in 2020 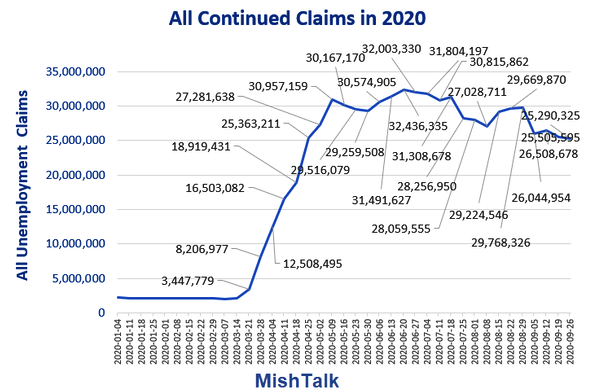 All Continued Claims in 2020

Like PUA Claims, All Continued Claims are not seasonally adjusted.

They lag continued claims by a week and initial claims by 2 weeks.

Over 25 million people receive some assistance. That number, minus fraud and mistakes should feed the U6 (alternate unemployment rate).

The latest jobs report came out on Oct. 2 as discussed in Job Recovery Slows and Headwinds Mount for October

Even if we assume only 1 million of those 11 million are unemployed, the BLS unemployment rate is too low.

If we assume PUA fraud or errors at 4 million (a generous to the BLS assumption) we can make the following calculation: