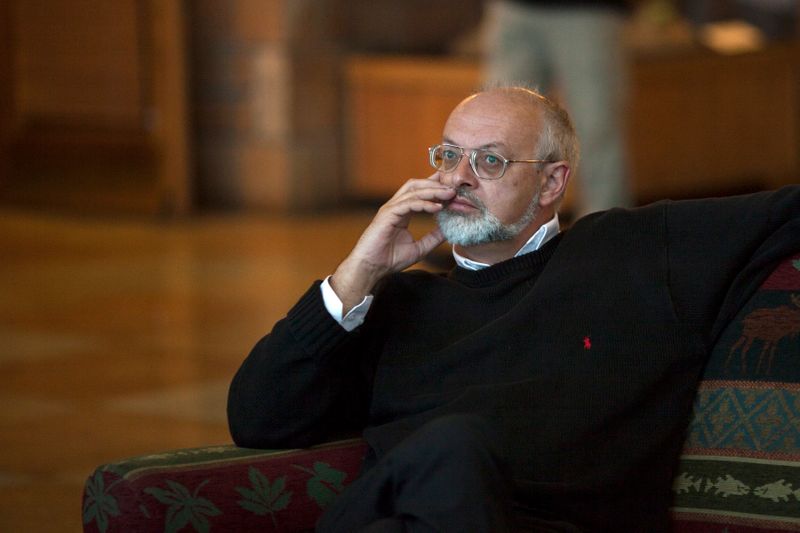 By Terje Solsvik and Nora Buli

OSLO (Reuters) – Norwegian deputy central bank governor Jon Nicolaisen announced on Friday he was resigning, saying his application for renewed security clearance had been rejected because he has a Chinese wife.

“The Norwegian Civil Security Clearance Authority informs me that the reason that I will not receive a renewed security clearance is that my wife is a Chinese citizen and resides in China, where I support her financially,” Nicolaisen said.

“At the same time, they have determined that there are no circumstances regarding me personally that give rise to doubt about my suitability for obtaining a security clearance, but that this does not carry sufficient weight.”

“I have now had to take the consequences of this,” he said.

Nicolaisen’s resignation takes effect immediately, according to a statement released by the central bank. It was not immediately clear who would replace him.

NATO-member Norway has become stricter in recent years with regards to security clearances, making it difficult in many cases to get approval for anyone married to a person from a country with which Norway does not have security cooperation.

In addition to taking part in setting monetary policy, Nicolaisen had been in charge of overseeing Norway’s $1.2 trillion sovereign wealth fund, the world’s largest.

Nicolaisen was first appointed deputy governor in 2014 and was re-appointed to a second term in April of this year. The central bank said he and his wife had married in 2010.

The Chinese Embassy in Oslo was not aware of the resignation and its reasons, a spokeswoman told Reuters.

“I will miss Jon Nicolaisen in his post as deputy governor, where he performed his duties superbly as a close colleague and competent professional,” Central Bank Governor Oeystein Olsen said in a statement.

Norway’s PST intelligence service said on Thursday that Russia, China and other countries were using espionage to glean secrets of Norway’s petroleum industry and plans by its government to cut or increase oil and gas production.

Norway is western Europe’s largest petroleum producer with daily oil and gas output of around 4 million barrels of oil equivalent.

Facebook
Twitter
Pinterest
WhatsApp
Previous articleThe clocks are ticking down By Reuters
Next articleJD Logistics seeks bank pitches for Hong Kong IPO of up to $3 billion, sources say By Reuters