The has resumed its rally in Wednesday trade. In the North American session, NZD/USD is trading at 0.6874, up 0.60% on the day. In the Asian session, the pair briefly crossed above the 0.6900 level for the first time since March. The catalyst for the kiwi’s upswing was the New Zealand central bank’s decision to keep interest rates at current levels.

As expected, the Reserve Bank of New Zealand maintained interest at its policy meeting on Wednesday. Rates have been pegged at 0.25% since March when the central bank slashed rates from 1.00% in response to the COVID-19 pandemic. With the bank signaling in recent weeks that further easing was on the way, some analysts had projected that the bank might trim rates to 0.10% so as to remain in sync with its big cousin, the . However, the consensus on the street that the central bank would hold rates proved to be correct.

The RBNZ made good on its pledge to do its part in order to lower borrowing costs. The bank unveiled its Funding for Lending Programme, which will commence in December. The aim of the program is to encourage businesses to borrow and spend, which will increase economic activity.

The Bank of England raised its QE purchases last week, and there were expectations that the RBNZ would follow suit. However, the bank made no changes to its QE program (LSAP), which has a limit of NZD100 billion. Finally, the bank stated that it continued to be committed to negative interest rates, saying that such a possibility “remain[s] under consideration”. However, if economic conditions improve, it’s likely that the bank would shelve this option, which would likely push the New Zealand dollar sharply lower. 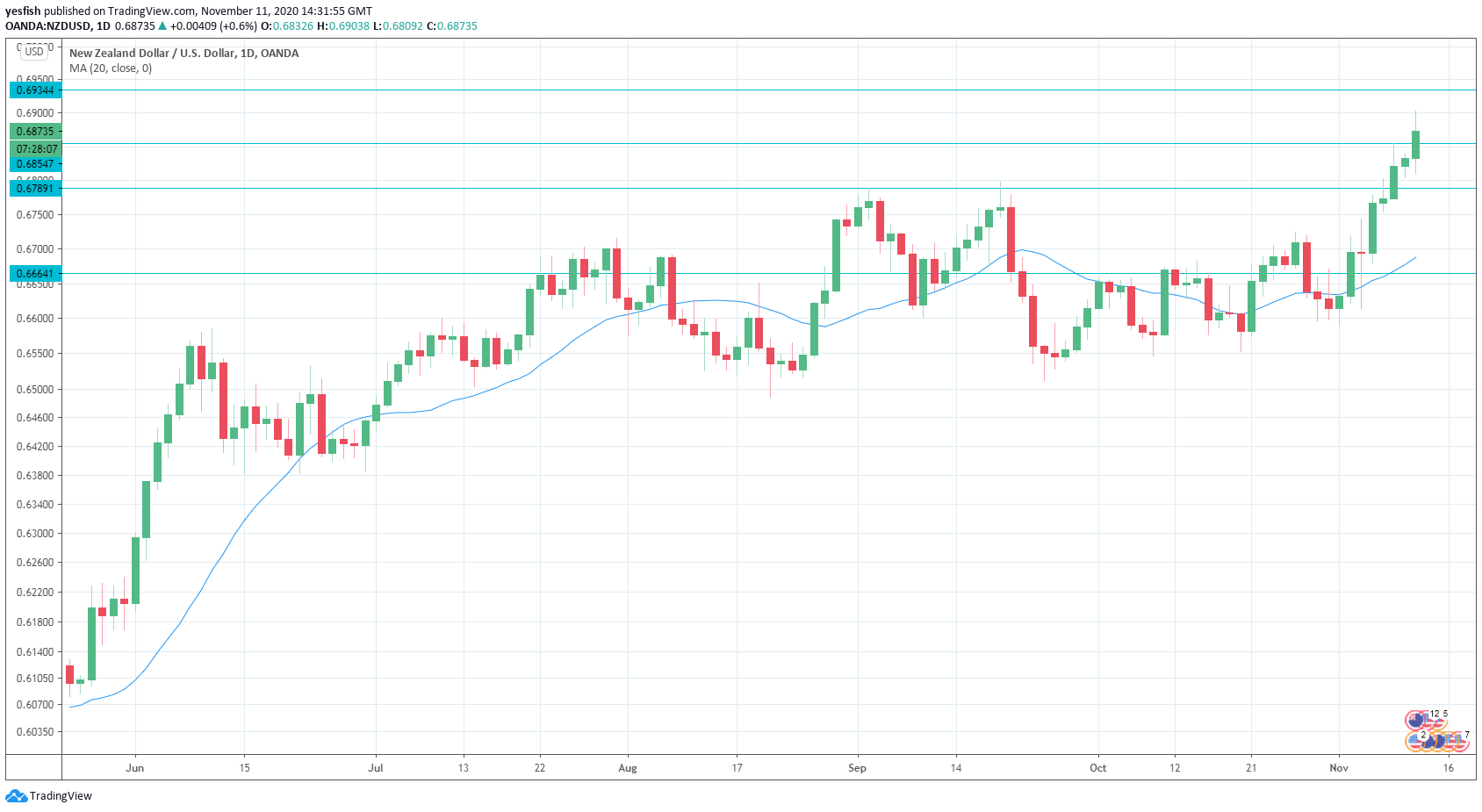