Indices in Japan and Hong Kong are cautiously moving upwards against the backdrop of pressure against Asian and Oceanian currencies. In general, markets are moderately positive and markets these regions are experiencing a stronger inflow, in anticipation of a smaller downturn and a rapid recovery.

We have previously seen strong growth in Australia and a jump in in New Zealand, encouraging demand for local currency and markets. 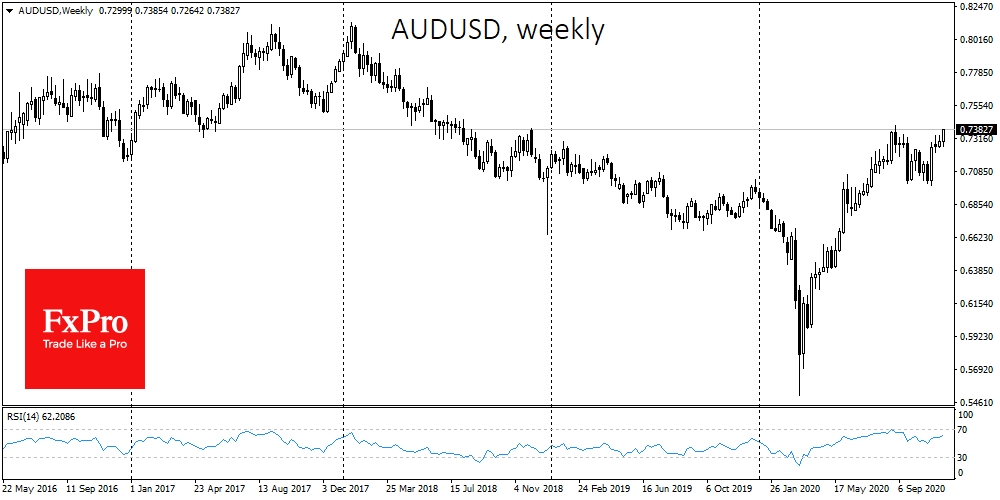 The trades at 0.7370 on Friday morning, which is the peak area for the end of August 2020 and December 2018. It has been adding more than 5.2% since the beginning of the month. Growth above 0.7400 will be an exit into the area of more than two-year highs and will cross out the slump of the China-US trade wars.

These currencies are in demand from investors in Japan, a country with chronically low-interest rates. This morning, this interest may have been further fuelled by weak macroeconomic data. Prices in Tokyo increased the decline in November to -0.7% YoY, compared to -0.3% a month earlier.

Easier strengthens expectations of new monetary policy easing or the extension of existing QE programmes. This pushes bond prices upwards, creating retail and institutional investors out of them and feeding demand for foreign assets and shares of domestic companies. In turn, this is causing a very moderate growth in vs dollar, compared to its retreat against a wide range of peers since early November.

From June to mid-November, we saw an equally rapid advance of the . Its growth against the dollar has stagnated at 6.50. Investors are starting to fear that China will restrain currency growth, which is harming export competitiveness and inflates prices on financial assets. 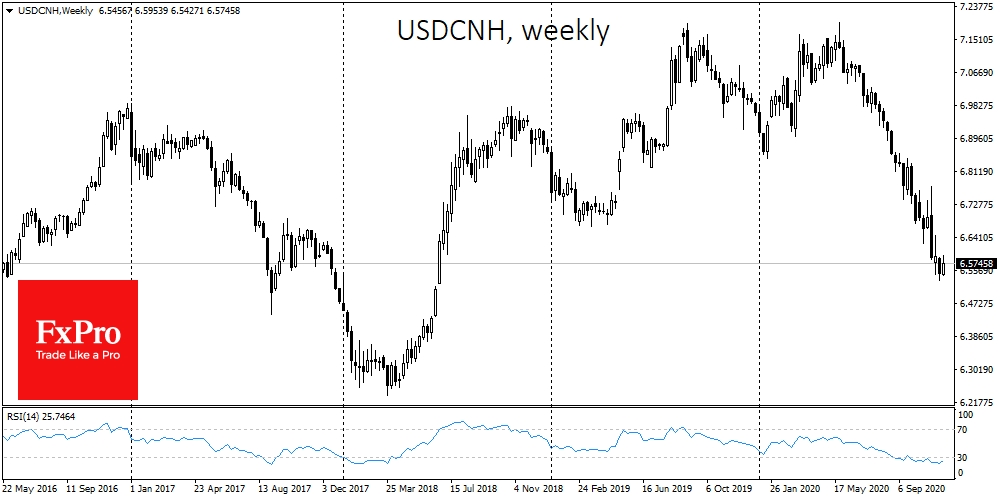 As a result, players have switched to other assets and currencies in the region. Such stories are united by the very moderate economic damage caused by the coronavirus pandemic. However, it is still not clear, whether the US or Europe will recover more quickly. An accurate answer to this question will determine the future trend of the dollar.

Facebook
Twitter
Pinterest
WhatsApp
Previous articleStrong Week Ends with New Highs for S&P and NASDAQ
Next articleCoronavirus: How Delhi is getting ready for vaccination as race for Covid-19 vaccine reaches last lap