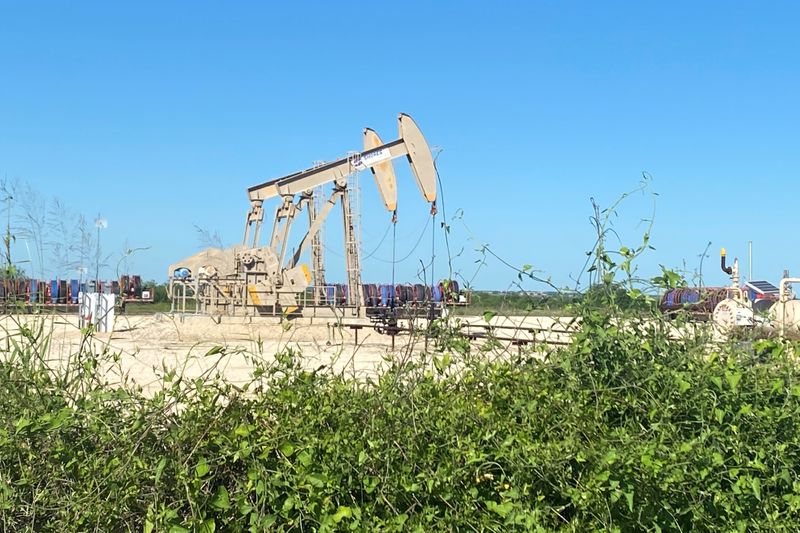 TOKYO (Reuters) – Oil prices fell nearly 1% on Friday, extending losses into a second day as rising production of crude comes amid a worsening COVID-19 pandemic which threatens to bring more restrictions on movement and consumption that will likely hit demand for fuel.

U.S. oil is heading for a drop of nearly 5% this week, while Brent is on track to fall more than 3%, in a second consecutive week of decline for both contracts.

“The fundamentals of oil are not encouraging … as supply rises and demand prospects look bleak,” ANZ Research said in a client note.

Rising crude supplies from the Organization of the Petroleum Exporting Countries (OPEC) is weighing on the market as September production rose by 160,000 barrels per day (bpd) from a month earlier, a Reuters survey showed.

The increase was mainly the result of more supplies from Libya and Iran, OPEC members that are exempt from an agreement to withhold production between OPEC and allies led by Russia – a group known as OPEC+.

Libya’s production has risen faster than analysts expected with the relaxation of a blockade by the Libyan National Army, which is trying to take control of the capital and is mainly based in the eastern part of the country, where many oil facilities are located.

Output of crude from Libya has risen to 270,000 bpd as the country ramps up export activity, a Libyan oil source told Reuters on Thursday.

New COVID-19 cases worldwide have rise to more than 34 million, nearly 2 million more than at the end of last week, based on Reuters tallies.

This week marked the grim milestone of deaths exceeding 1 million and several countries are tightening restrictions and contemplating lockdowns as infections accelerate, prompting concerns about the impact on demand for fuel.