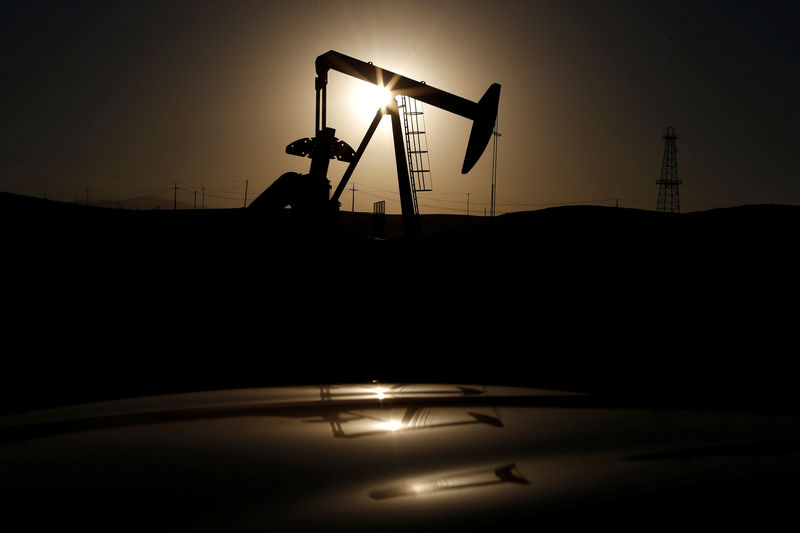 © Reuters. A pump jack is seen at sunrise near Bakersfield

SINGAPORE (Reuters) – Oil inched lower on Tuesday to extend losses of more than 3 percent from the previous session, easing after U.S. President Donald Trump called on OPEC to rein in its efforts to boost prices.

Tweeting on Monday, Trump expressed concern about oil prices and repeated his previous calls on the Organization of the Petroleum Exporting Countries (OPEC) to keep prices steady.

“The problem is we are having these sporadic tweets impacting global commodity markets,” said Hue Frame, portfolio manager at Frame Funds in Sydney. “It does make it increasingly difficult to have a consistent fundamental read on the data.”

“We still believe the majority of global economic activity is slowing, with which it could be assumed global oil demand will also slow.”

Oil markets, which have rallied on optimism about a U.S.-China trade deal over the last two weeks, were also the most vulnerable to a sell-off, analysts said.

Reuters commodity technical analyst Wang Tao said on Tuesday that may test support at $54.39 per barrel, a break below which could cause a loss to $53.18.

OPEC and some non-affiliated producers such as Russia agreed late last year to cut output by 1.2 million barrels per day (bpd) to prevent a large supply overhang from growing.

Analysts also noted that while Trump is attempting to ease prices lower, sanctions by the United States against oil exporters Iran and Venezuela have contributed to the recent gains and are providing a floor for prices.

But when Washington re-imposed sanctions against Iran’s oil exports in November, it granted waivers to eight of Tehran’s buyers to import some oil for 180 days, which ends in May this year.

“The sharp drop in oil prices is likely due to market jitters on potential waivers in U.S. sanctions on Iranian petroleum exports (in May),” said Benjamin Lu, commodities analyst at Singapore-based brokerage firm Phillip Futures.

“The effects of additional U.S. waivers on Iran will impede OPEC+ efforts to rebalance oil markets in 2019,” Lu added.