Oil inches up after 5% slide overnight as hurricane shuts U.S. output By Reuters 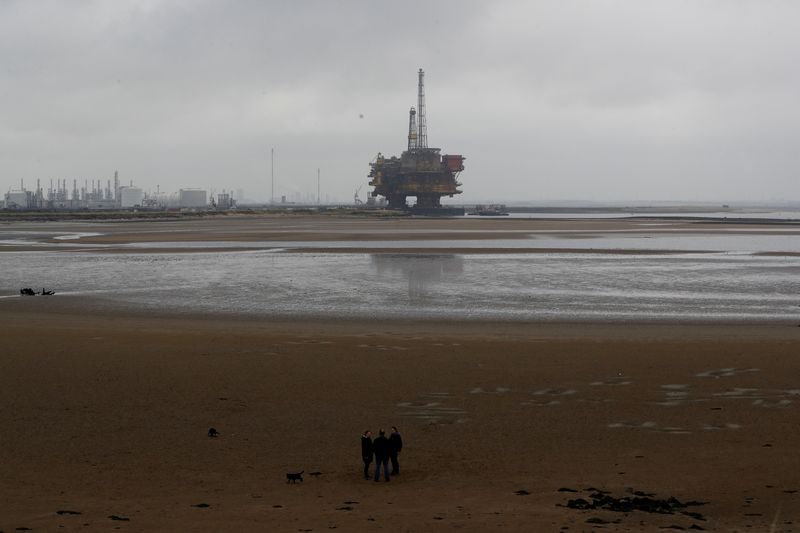 By Shu Zhang and Sonali Paul

SINGAPORE/MELBOURNE (Reuters) – Oil prices on Thursday recovered slightly from a 5% slump in the previous session, gaining support from the prospect of tighter short-term supply with two-thirds of U.S. output shut in the Gulf of Mexico as Hurricane Zeta slammed Louisiana.

Market watchers said technical support was a factor as well, after signs of a growing global oil supply glut and a second wave of coronavirus infections sent prices tumbling on Wednesday.

WTI in the $36.45 to $36.95 range has proven to be a “buy zone” since the beginning of September, Axi chief market strategist Stephen Innes said. If the market fell through that, it would be a bearish sign, he said.

Hurricane Zeta’s impact is expected to be short-lived and the return of U.S. production will add to existing oversupply, as Libya rapidly ramps up output after an eight-month blockade.

Zeta is forecast to weaken into a non-tropical gale-force low by Thursday morning in the United States, the Florida-based National Hurricane Center said.

Data from the U.S. Energy Information Administration on Wednesday provided further evidence of the growing glut: stockpiles rose by 4.3 million barrels in the week to Oct. 23, a bigger increase than expected.

Surging COVID-19 cases in Europe, which have led to new restrictions keeping people off the roads, cast a shadow over the market. Oil fell in Asia’s mid-morning before edging up.

France will require people to stay home for all but essential activities as of Friday, while Germany will shut bars, restaurants and theatres from Nov. 2 through the end of the month.

“The pandemic’s resurgence is putting pressure on OPEC to delay its planned production hike in January,” ANZ Research said in a note.

The Organization of the Petroleum Exporting Countries and allies, together called OPEC+, plan on tapering their production cuts in January 2021 from a current 7.7 million barrels per day (bpd) to around 5.7 million bpd.

Meanwhile, the prospects of the bitter trade dispute between China and the United States, whose relations have sunk to the lowest point in decades over a range of issues, remains unclear.

In an interview with Reuters six days before the U.S. election next week, Joe Biden’s top advisers said he would consult with America’s main allies before deciding on the future of U.S. tariffs on China, seeking “collective leverage” to strengthen his hand against Beijing if he is elected president.