US futures contracts for the , , and inched higher on Thursday, with European shares marginally in the green after Wednesday’s choppy US session. Markets are pricing in earnings reports as a gauge for the sustainability of the economic recovery, even as such threats as inflation, shrinking stimulus, COVID and China risks hover in the background.

Though all four contracts on the major US indices were up, growth sectors were leading, as NASDAQ 100 futures outperformed. Contracts on the Russell 2000 were the underperformers.

On the other hand, Royal Dutch Shell (LON:) missed expectations as the company accelerated its pace to cut carbon emissions. Shares of the oil major dropped 3%.

During the Asia session, most regional benchmarks closed lower. China’s was the biggest laggard, down 1.25% as worries about the country’s pressured markets, ahead of a looming debt payment deadline for Evergrande (HK:). On the other side of the regional market spectrum, South Korea’s and Hong Kong’s outperformed, both down only 0.5%

On Wednesday, stocks on Wall Street retreated from all-time highs. The and fell while the closed flat after posting all-time highs on Tuesday.

The hit an all-time intraday high but barely managed to finish with a gain. Still, it was the only major index to finish in positive territory, as (NASDAQ:) and (NASDAQ:) rose to records after beating quarterly earnings estimates.

The was the session underperformer, -1.9%, the sharpest downturn for the small cap index since September. 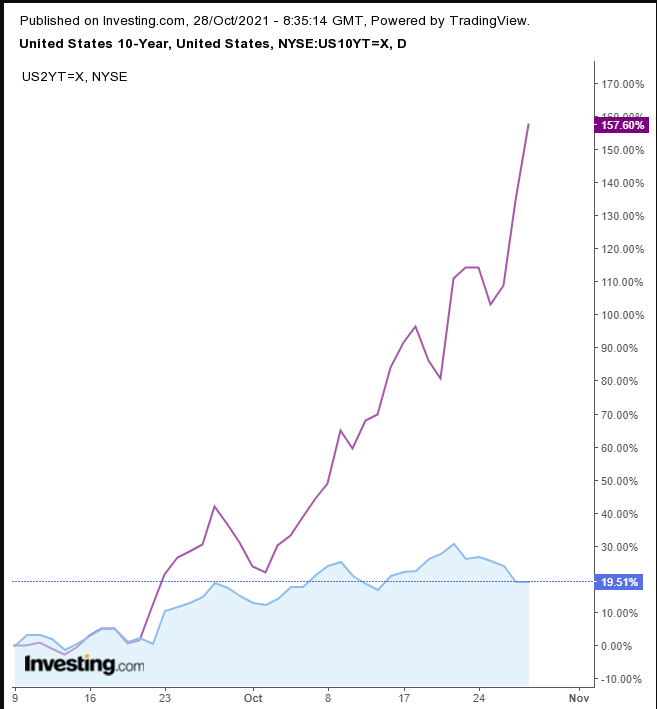 As can be seen by the on US Treasuries,  yields have surged compared to rates on the 10-year benchmark, indicating that investors have been moving their capital from shorter-dated bonds to longer-term instruments for safety.

Still, global shares remain near all-time highs thanks to solid earnings this quarter, as profit margins widened despite rampant inflation. It’s now up to policymakers to maintain calm in markets and avoid a loss of investor confidence.

All eyes are now on today’s as well as the US’s economic growth via the upcoming print, which is predicted to show economic expansion has slowed. Earlier, the Bank of Japan .

After earlier declining, the firmed. 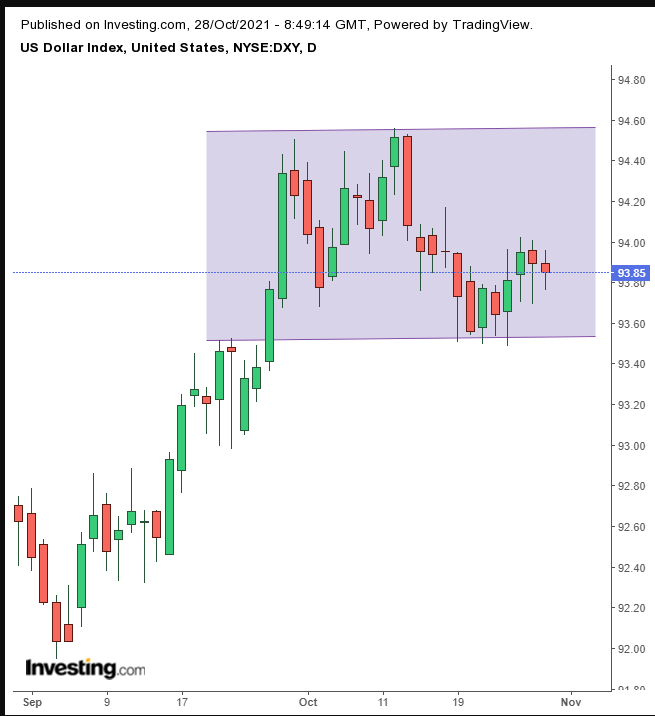 advanced for a third straight day. 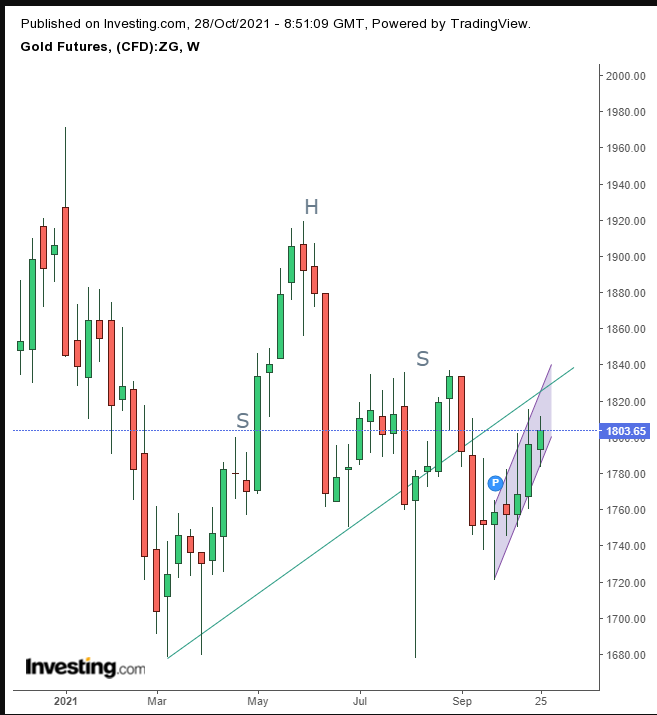 Technically, the yellow metal is climbing within a daily rising channel while confronting the resistance of a weekly H&S continuation pattern.

rebounded after a two-day drop, making up for yesterday’s losses. 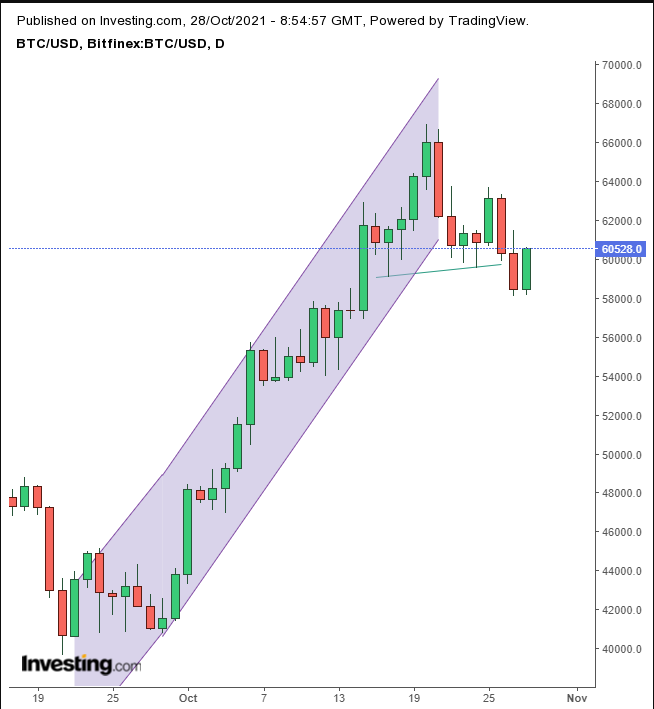 This rise may be part of a return move. The price tested the neckline of an H&S top, which pushed the digital coin out of its rising channel.

gapped down on the daily chart, then pared most of its losses. 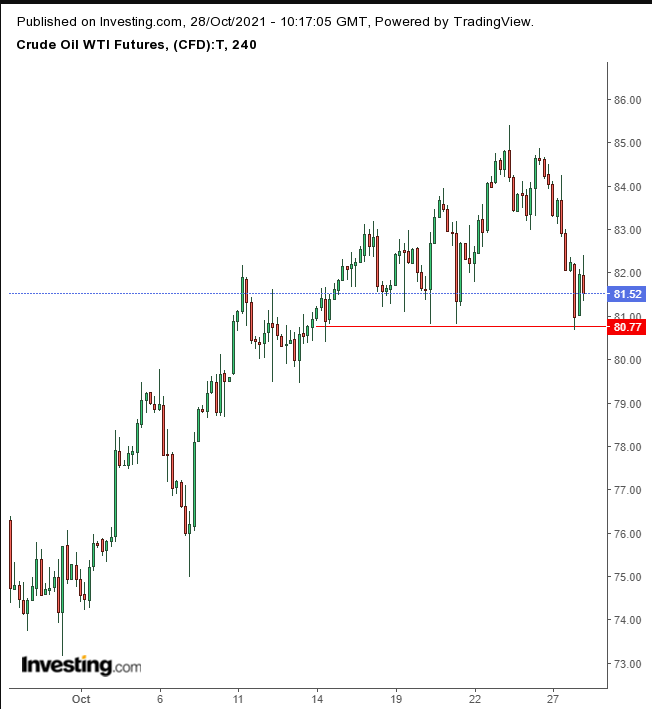 On the 4-hour chart, above, WTI may be developing an H&S top.