A global rally that was losing momentum turned negative on Thursday on the view that equity valuations may be stretched as economies continue to suffer from the persistent pandemic. Although many European countries are locked down, infections are continuing to spread there, while in the US new infections and hospitalization numbers .

Contracts on the , , and were all trading in the red, though futures on the tech heavy were positive at time of writing.

Gold rallied as the dollar remained under pressure.

US futures have been falling since Wednesday’s rebound of the underlying indices when the and posted gains. Shares in Europe, including on the opened lower on earnings news.

Europe’s largest industrial manufacturing company, Siemens (DE:) slumped even though it a moderate increase after providing softer than expected guidance for 2021 because of the coronavirus.

Iconic British luxury brand Burberry (LON:) 5.8% thanks to a less-than-expected decline in sales.

Most Asian indices were in the red this morning, with the notably in the green, up 0.7%, as traders rotated back into tech stocks after a selloff made valuations more palatable.

US stocks climbed to 10-week highs on Wednesday during the Wall Street session, boosted by a massive return into technology shares, with Apple (NASDAQ:) and Amazon (NASDAQ:) leading the charge, while small caps ended a two-day surge.

The S&P 500 Index advanced to its highest level in over ten weeks, finishing the day less than a quarter-of-a-percent from the record high. 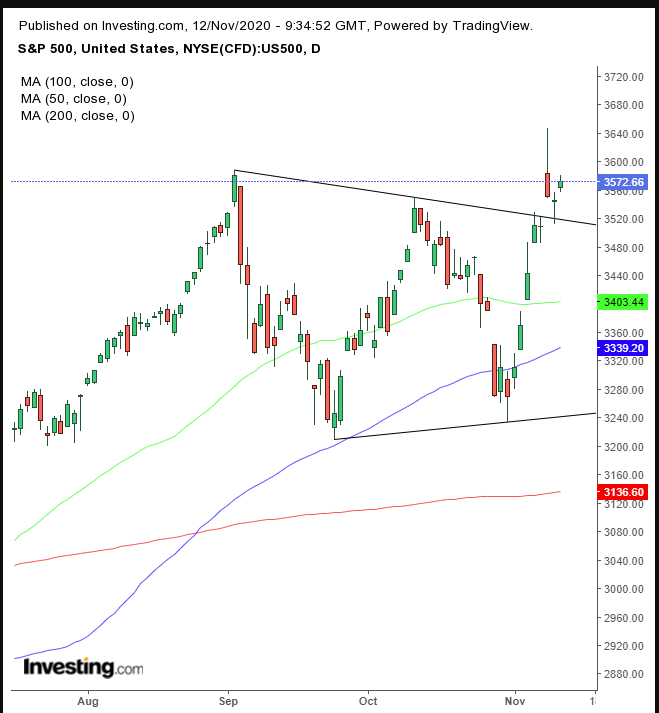 The index extended Tuesday’s rebound off the top of a symmetrical triangle, increasing the odds of bulls having taken over from bears when breaking the pattern’s topside. Monday’s oversized shooting star still looms above with a potential bearish stronghold of unknown magnitude.

Yields, including for the Treasury note, ended a five-day advance. 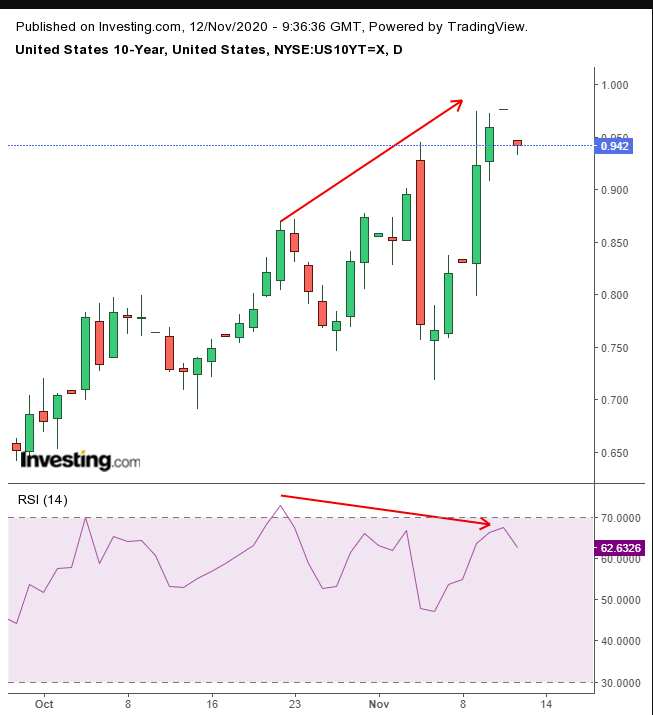 The RSI provided a negative divergence.

The retreated after reaching a weekly high.

The greenback is finally making progress climbing back over the neckline of a H&S continuation pattern, bearish within the downtrend. The price closed below the 50 DMA for the sixth straight day.

advanced in a fifth day of zig-zag trading, on the dollar’s slight weakness and a decline in futures and stocks.

climbed for the second day, nearing the $16,000 level, its highest point since early January 2018. 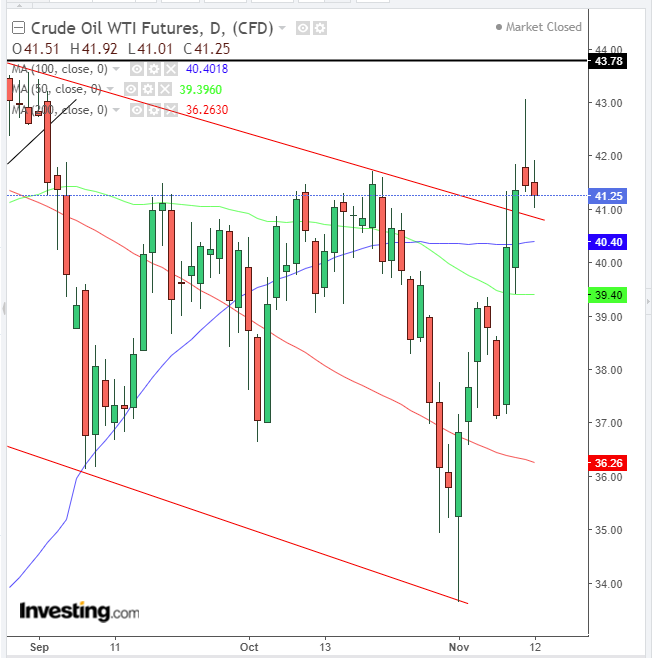 However, it remains above the top of a falling channel, guarded by the 100 DMA. In reality, the supply and demand picture for oil in the fourth quarter of 2020 and first quarter of 2021 .