Pfizer and French partner Valneva have begun a late-stage trial of a Lyme disease vaccine as evidence mounts that the tick-borne illness is rapidly spreading across the US and Europe.

The companies said on Monday they were recruiting 6,000 people aged five years and older for the phase 3 trial of the co-developed vaccine, the only Lyme disease jab undergoing tests on humans.

Almost half a million people every year are being diagnosed and treated for Lyme disease in the US, where it was first diagnosed in 1975, according to a study of insurance claims published last year by the Centers for Disease Control and Prevention.

Lyme disease is caused by a bacterium, Borrelia burgdorferi, which is transmitted to humans through the bite of infected deer ticks. It typically causes a red rash and fever in its early stages but, if left untreated, the disease can cause serious complications including arthritis, heart problems and brain inflammation.

US health officials say new tools for preventing tick-borne illnesses are “urgently needed” following a tripling of reported cases in the US — most of which were Lyme disease — between 2004 and 2016.

A review of existing research published by the BMJ Global Journal in June concluded that more than 14 per cent of the world’s population has, or has had, Lyme disease, as indicated by the presence of antibodies in blood. Men aged 50 years and older who live in rural areas are most at risk, according to the study by Chinese researchers.

Peter Krause, a senior research scientist at the Yale School of Public Health, said the proliferation of wild deer that carry ticks across North America is thought to be the main reason for the disease’s increasing prevalence. But global warming may be helping to spread the bacteria to previously untouched areas by creating climatic conditions favoured by ticks, he added.

Pfizer and Valneva are betting they can tap into public concern over Lyme disease among people who are involved in outdoor pursuits to generate commercial return from a vaccine. The jab would be administered as a three-dose primary regimen and a follow-up booster. 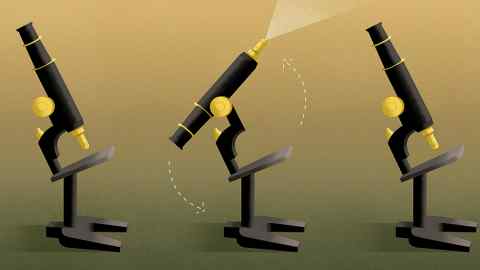 A previous Lyme disease vaccine developed by GSK was withdrawn from the market in 2002, amid legal claims by some patients that it caused side effects such as the onset of arthritis. GSK denied the claims but withdrew the vaccine, citing poor market performance.

Pfizer said data from its phase 2 study showed the Lyme disease vaccine continued to demonstrate a strong immune response among participants and acceptable safety and tolerability profiles in adults and children. Pending the results of the phase 3 trial, both companies could file for regulatory approval for the vaccine in the US and Europe in 2025, it said.

Annaliesa Anderson, head of vaccine research and development at Pfizer, said it was more important than ever to provide new options to people to protect themselves in the face of rising global rates of Lyme disease.

In June Pfizer announced it would spend €90.5mn to acquire an 8 per cent stake in Valneva, as both companies seek to develop the Lyme disease vaccine. Pfizer said it would make a $25mn milestone payment to Valneva on initiation of the phase 3 clinical study.