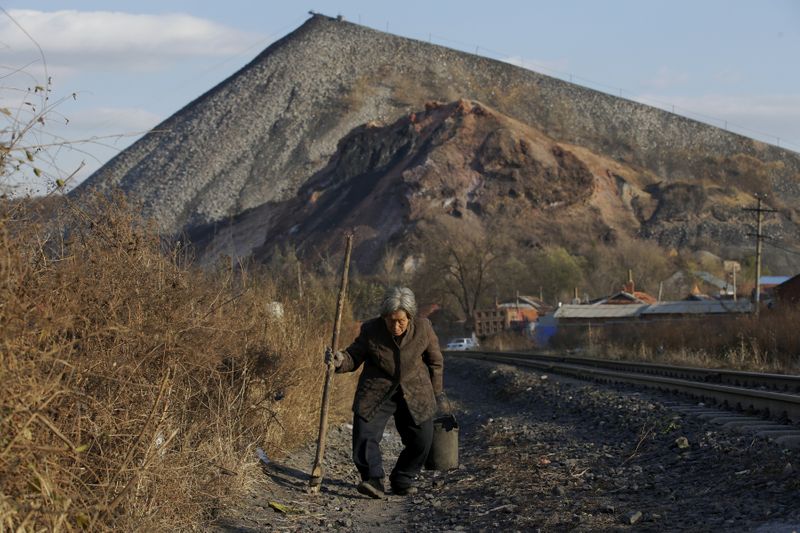 © Reuters. FILE PHOTO: An elderly villager walks along a railway which is used to transfer coal outside Shuanghe coal mine on the outskirts of Jixi in China

BEIJING (Reuters) – A decision by the Communist Party of China to raise the retirement age under a long-term economic and development plan has sparked anger on social media in fast-greying China.

Authorities will “implement postponing the retirement age in a gradual manner”, the official Xinhua news agency said in a report this month, citing government targets by 2035.

No specifics were given but the report has caused a stir.

“Delaying retirement means we have to postpone our pension,” one user on the Weibo (NASDAQ:) platform wrote on Friday.

For more than four decades, China’s retirement age has remained unchanged at 60 for men and 55 for women civil servants and white-collar workers.

Authorities have yet to raise the retirement age although a suggestion to do so in 2013 provoked strong public opposition.

“Delaying retirement, which has no rationality or necessity, is out of ideological considerations that only when the interests and health of the people are sacrificed can there be economic development,” another social media user said.

China faces what experts call a “demographic time-bomb” as its elderly population increases while its workforce gets smaller, partly due to a one-child policy in place for about four decades until it was finally scrapped in 2016.

“Postponing retirement is an inevitable trend,” the state-run Securities Times wrote in a commentary on Friday.

“If you travel abroad, you’ll find that people over 60 are still working, and that’s normal.”

China’s retirement age is lower than in many other countries. In Japan, it’s 65. Former Prime Minister Shinzo Abe’s government said last year it was considering raising it to 70 or even 75.