Interlay will implement the PolkaBTC project in Q1 2021.

With over $1.6 billion in Bitcoin now circulating on the blockchain, Polkadot hopes to grab a slice of the market with its new PolkaBTC token.

Blockchain teams are working to replicate the grand success of tokenized Bitcoin projects like wrapped Bitcoin (wBTC). Polkadot has responded to this popularity and is launching a similar Polkadot-based Bitcoin token on its network.

Interlay, a development team closely associated with Polkadot, will lead the endeavor. Interlay says it will finish implementing “PolkaBTC” once it launches the BTC Parachain in Q1 2021. To make the process secure, the BTC Parachain will rely on the Xclaim framework, the Interlay team wrote. 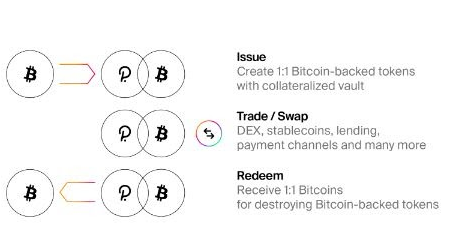 Tokenized Bitcoin for Every Network

Tokenizing Bitcoin is not a new concept and already exists in many forms on Ethereum in forms like BitGo’s Wrapped Bitcoin (wBTC) and Keep Network’s tBTC.

The total value of wrapped Bitcoin (wBTC) on Ethereum has already surpassed a billion dollars and brought a tremendous amount of liquidity to DeFi apps.

The advantage of Bitcoin on Polkadot is that the network is highly interoperable. This means that BTC can do more by interacting with multiple blockchains all at once. This means that DeFi and PolkaBTC could spread quickly beyond just the Ethereum ecosystem.