has recorded slight losses for a second straight day. In the European session, the pair is trading at 1.3194, down 0.22% on the day.

The British economy rebounded in impressive fashion in the third quarter, with a gain of 15.5 per cent. This follows the reading in Q2 of -20.4%, which was a record low. However, the strong Q3 reading fell short of the consensus of 15.8%, and the pound has dipped lower on Thursday. The monthly report for September also missed its estimate of 1.5%, posting a gain of 1.1 per cent. This was the lowest gain since May.

The talks between the European Union and the UK are scheduled to continue next week, as the sides try to hammer out a post-Brexit trade agreement. With the deadline of Dec. 31 looming ever closer, it remains unclear if a deal can be reached in time. Ireland’s foreign minister, Simon Coveney, sounded pessimistic, saying that reaching an agreement would be “very difficult”. British Prime Minister Johnson has played hardball with the Europeans and has said in the past that it would be a “good thing” if the UK were to leave the EU without a deal in place. If that happens, the two sides will be bound by World Trade Organisation trade rules, which could mean tariffs on a range of imports and exports. Another unofficial deadline for reaching a deal has been set, that being the European Summit on Nov. 19. If no deal is announced by then, it would be a strong indication of a no-deal Brexit, which could spell bad news for the British pound. 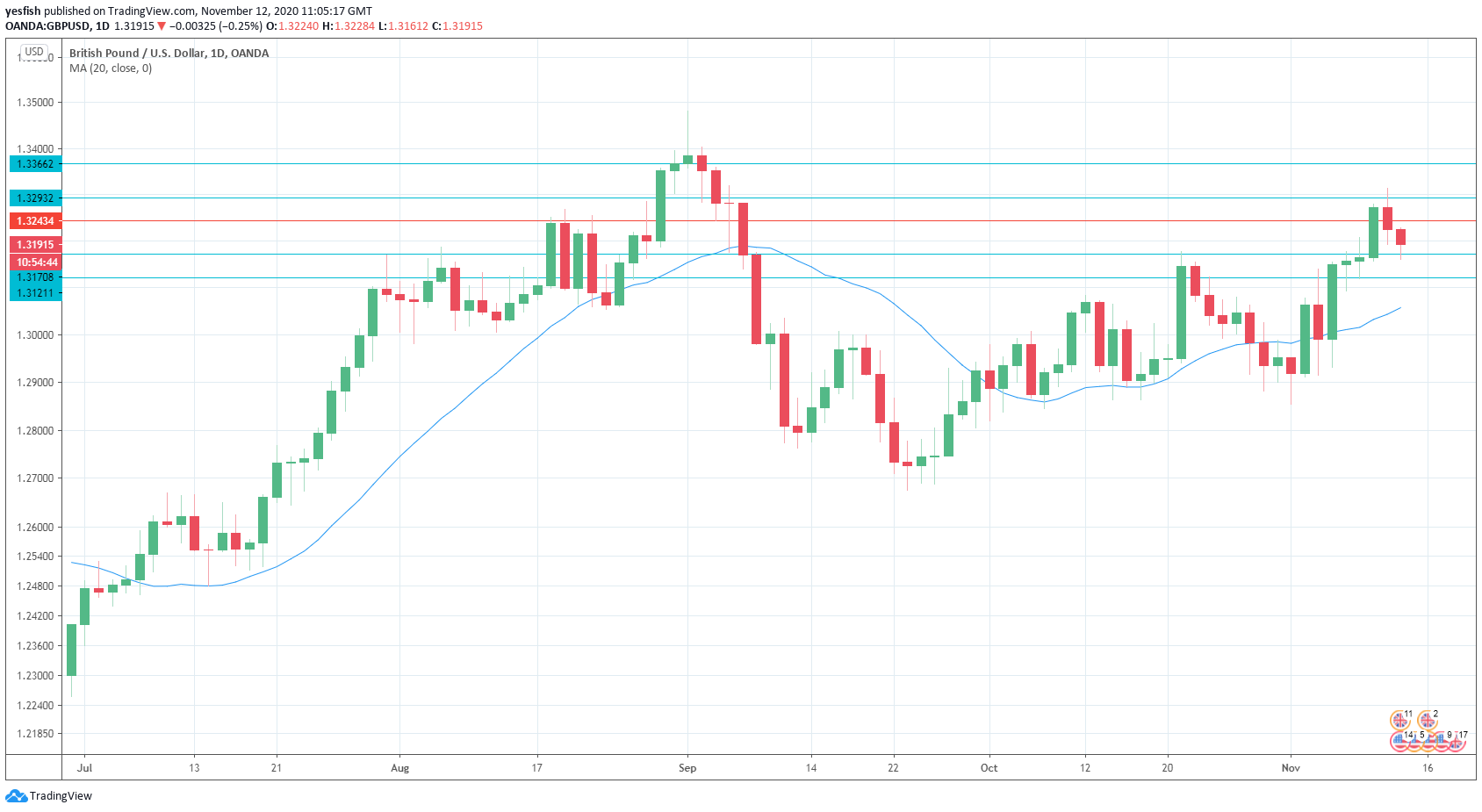