Pound Gains as May Considers Delay to Brexit Date By Investing.com 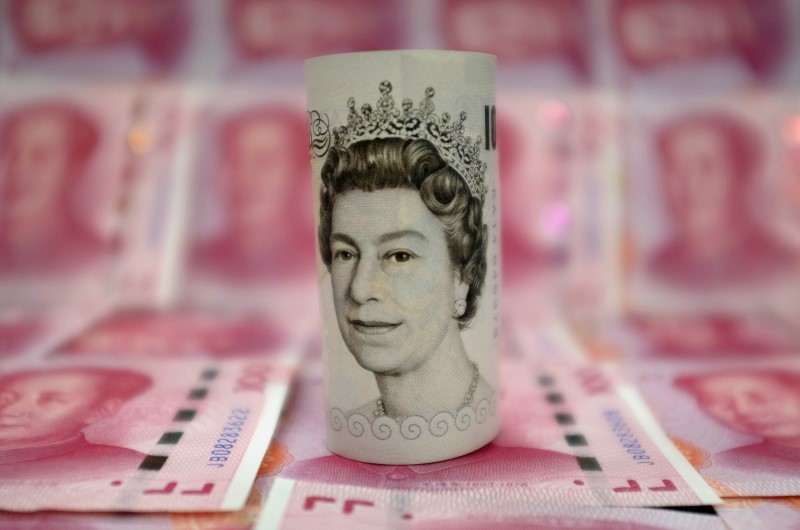 Investing.com – The British pound jumped to a four-week high on Tuesday in Asia following a Bloomberg report that said British Prime Minister Theresa May was considering delaying a deadline on Brexit.

Citing people familiar with the situation, the report said May is expected to allow her cabinet to discuss extending the deadline beyond March 29 at meeting on Tuesday.

The pound strengthened following the news as it gives more time to May to prepare a strategy to stop the U.K. leaving the European Union with no deal next month.

Meanwhile, reports that U.S. President Donald Trump raised the prospect to sign a trade deal with China failed to lift the yuan, with gaining 0.2% to 6.6923.

Trump said the two sides “are going to have a signing summit” and that they are “getting very very close,” although he cautioned it is possible that the deal “might not happen at all.”

The yuan received some support on Monday following Trump’s decision to extend a tariff deadline of Chinese goods.

The that tracks the greenback against a basket of other currencies slipped 0.1% to 96.225.

Separately, former Federal Reserve chairman Janet Yellen made headlines Monday when she said Trump does not understand the central bank.

“I doubt that he would even be able to say that the Fed’s goals are maximum employment and price stability, which is the goals that Congress have assigned to the Fed,” she said in an interview with American Public Media’s “Marketplace” program.

“He’s made comments about the Fed having an exchange rate objective in order to support his trade plans, or possibly targeting the U.S. balance of trade,” she said. “Comments like that show a lack of understanding of the impact of the Fed on the economy, and appropriate policy goals.”

Looking ahead, traders will focus on a set of data due in the second half of the week for more hints on the health of the global economy, including manufacturing activity figures from China and the U.S. and revised U.S. fourth-quarter gross domestic product figures.