Pound Higher on Brexit Deal Hopes as Top Boris Aide Set to Leave No. 10 By Investing.com 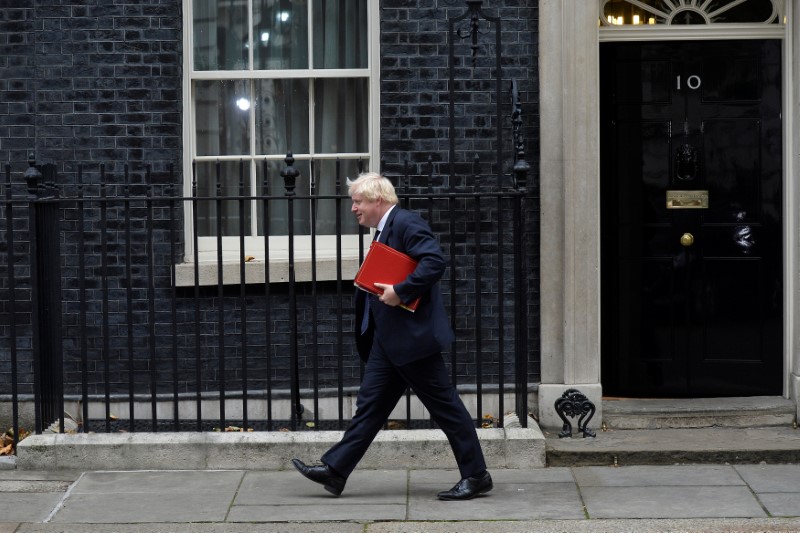 Investing.com – The pound is set to snap a two-week losing streak against the dollar Friday as hopes for a Brexit deal were given a boost after Prime Minister Boris Johnson’s top aide was ousted ahead of “make or break” Brexit talks.

Hopes for the reaching a deal were given a boost after the prime minister’s top advisor Dominic Cummings, a staunch Brexiteer, confirmed he will leave his position, prompting some to suggest the UK is preparing to cave in on demands.

“Seeing him leave Number 10 carrying a cardboard box tells me a Brexit sell-out is close,” Nigel Farage, the former Brexit leader, said in a tweet.

The move comes ahead of this weekend’s deadline on Brexit talks, though many widely believe next week represents the likely deadline.

The EU Leaders’ summit on Nov. 19 is more likely to be used to broker a compromise on sticking points including level playing field commitments, and access to UK fishing waters that have held up progress, National Australia Bank (OTC:) said in a note.

“Brexit talks move to the make or break stage, with compromise necessary to reach a deal as both sides struggle to get past the three remaining issues,” it added. “We continue to expect a deal.”

The UK and EU have until the end of the year to reach a deal on trade, following which, in the absence of a deal, the UK will have to fall back on onerous terms set by the World Trade Organization.

The bright end to the week for the pound comes ahead of a busy week of data with inflation and retail sales on the calendar for next week.