Pound Pares Gains on Worries Over Little Progress on Brexit Talks By Investing.com 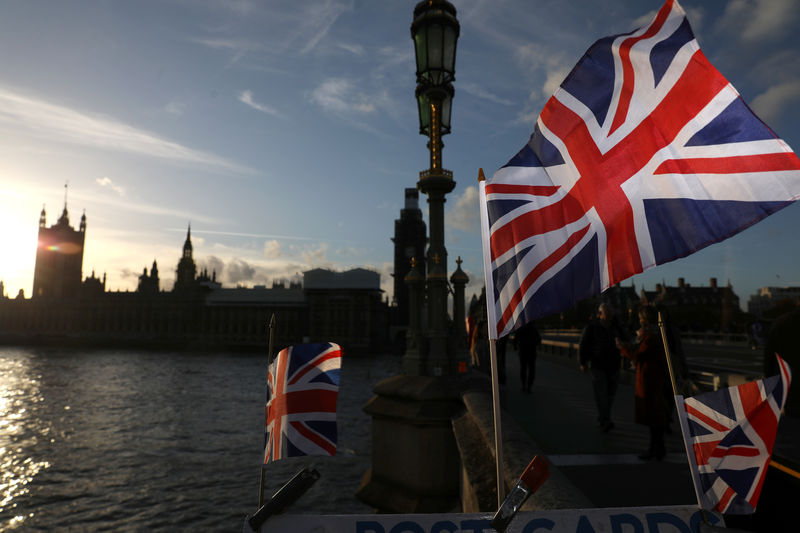 Investing.com – The pound pared gains to trade roughly unchanged Monday as investor jitters about the prospect of a Brexit deal lingered on increasing signs that little progress is expected in crunch UK-EU talks this week.

UK-EU trade talks resumed on Monday, but some are warning that a deal is unlikely this week in the wake of turmoil in the UK government as two of Prime Minister Boris Johnson’s pro-Brexit advisors were ousted last week.

“(G)iven Johnson’s personnel problems back in Downing Street, it seems highly unlikely that this will be the week for him to seek a deal, for risk of being perceived too soft on Brussels now that Cummings and Cain have departed,” Daiwa Capital markets said in a note.

Yet, failure to make some progress on a deal this week may not signal doom and gloom for the prospect of an agreement as some suggest the deadline could stretch into the final weeks before end of the transition period on Dec. 31.

“Reports Friday however were that this [Nov. 19] might not be the ‘drop dead’ date for an in-principle post-Brexit EU-U trade deal, with negotiations potentially stretching into December and a deal still able to be ratified by year-end,” Morgan Stanley (NYSE:) said in a note. “We view Friday’s news of the exit stage left of PM Johnson’s key adviser Dominic Cummings as a positive development in this respect.”

In a further sign that both sides may kick the can down the road, Ireland’s foreign minister initially warned of trouble should a breakthrough fail to be reached within the next week to 10 days, but later added that talks could continue for a further two weeks.

The lack of progress on a deal this week could also trigger fresh attempts from those at the “highest political level” to reach a compromise on key sticking points including the level playing field, governance and fisheries, Daiwa added.

Control over fsheries, in particular, has been highlighted as one of the main hindrances as French President Emmanuel Macron has been reluctant to give in to Britain’s demand for full sovereignty over access to its waters amid concerns French fishermen could lose out.

The subdued move in sterling comes as data showed speculators turned more bearish on the pound in the week ended Nov. 10, according to weekly CFTC positioning data.

Facebook
Twitter
Pinterest
WhatsApp
Previous articleWhat’s on the table in Europe’s carbon market revamp? By Reuters
Next articleCOVID-19 popularized decentralization, but blockchain may not catch on