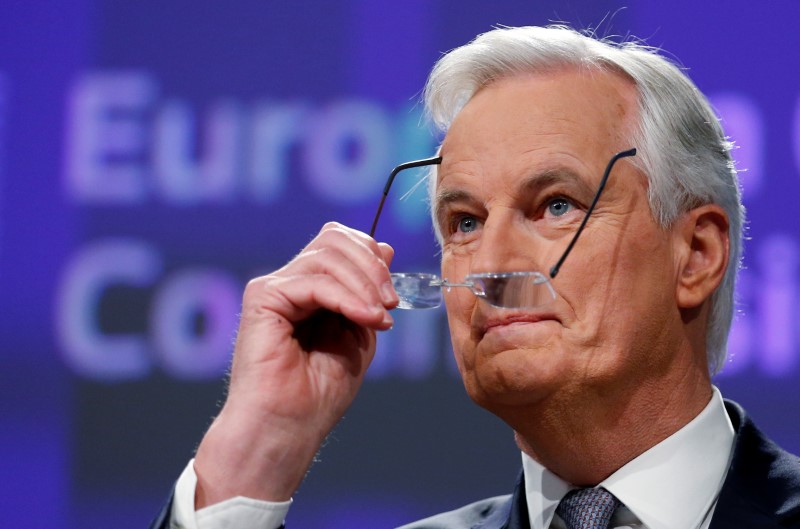 Investing.com – The pound eased from against the dollar from session highs Monday, but remained supported as the EU appeared to extend an olive branch, saying it remains committed to intensifying Brexit-deal talks with the U.K.

EU Brexit negotiator Michel Barnier confirmed the EU remained “available to intensify [Brexit] negotiations in London,” marking a change in tone somewhat after EU leaders had dropped their pledge to intensify trade talks last week and called on the U.K. to make concessions for a deal.

U.K. Cabinet Office Minister Michael Gove had suggested the U.K. would not resume talks moments before acknowledging signs of progress, “Even while I’ve been at the dispatch box, it’s been reported that there has been a constructive move on the part of the EU and I welcome that,” Gove said.

The game of brinkmanship between both parties, however, is expected to continue in the wake of little progress on key issues that have held back talks including the so-called level playing field commitments, fisheries and issues of governance.

The positive start to the week for sterling comes as speculative traders appear to be betting both sides will eventually find common ground and clinch a post-Brexit trade deal.

Ahead of yet another crucial phase for Brexit and sterling this week, “we suspect market positioning on GBP did not shift too much on the short side after the confrontational comments and threat of no-deal witnessed last week,” ING said in a note. “[W]e believe this is a market that is far from pricing in a no-deal outcome and we would not be surprised to see only a minor uptick in GBP net-shorts in the next CFTC report.”

“We remain of the view that the downside risks for sterling in a no-deal scenario are still sizeable,” ING added.