What a difference a decade makes. Portuguese government bonds are heading for a yield of 0%, compared to 16% at the height of the eurozone debt crisis in 2012 and 4% as recently as 2017. 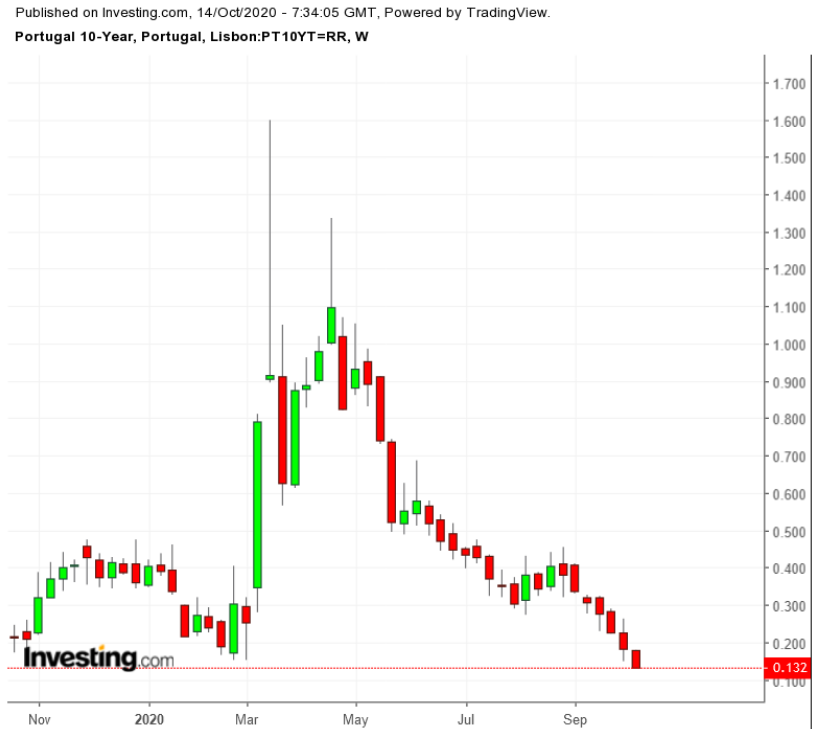 Portugal has improved its financial situation but the main difference is the lavish bond-buying by the European Central Bank (ECB) as part of its effort to cushion the impact of the COVID-19 pandemic.

More Buying On The Way…More Caution As Well

And the ECB has been flashing a green light to investors in recent days that more central bank purchases are in the offing. Luis , the vice president of the central bank, said Monday that the eurozone economies are losing momentum and the ECB will react accordingly if data confirms it.

Minutes of the September meeting of the central bank’s governing council showed policymakers wanted a “free hand” to inject more money into the economy on top of its €1.35 trillion emergency purchase program.

The mention of “” nearly two dozen times in the minutes is a further clue that the central bank is planning more stimulus, according to economists.

Combined with the planned €750 billion EU recovery fund, the European aid is supporting Portuguese bonds, as well as those of other southern periphery countries that were on the ropes during the debt crisis—Greece, Italy, and Spain. 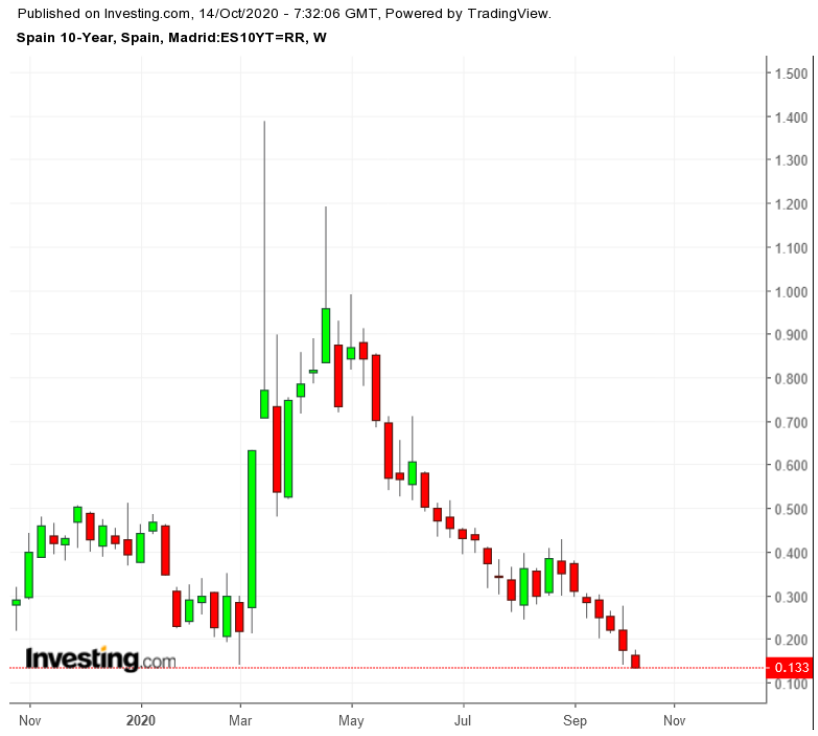 Analysts see a chance for Portugal and Spain to go into negative territory.

Eurozone fell to minus 0.3% in September from minus 0.2% in August, marking the second month in a row in negative territory and raising specters of deflation. Combined with a surge in COVID-19 infections, the disinflationary trend indicates to investors that more ECB spending is inevitable.

The search for positive yield, no matter how small, is driving investors into the southern European bonds, pushing up prices (bond yields move inversely to prices). 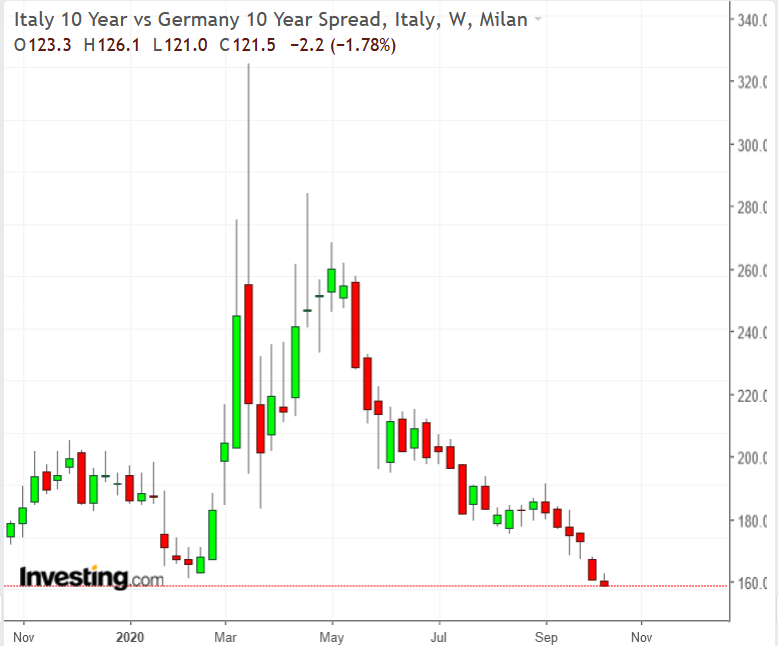 The between the benchmark 10-year bond from and that of Italy narrowed to below 120 basis points on Tuesday compared with more than 300 bps at the panicky onset of COVID in March, as the bund slipped below minus 0.535%.

The on-again, off-again negotiations between the US Congress and the White House regarding more fiscal stimulus also made investors cautious and bolstered prices of European government bonds.

This caution extended to equities as the impact of the surge on infections and news that Johnson & Johnson (NYSE:) was pausing its vaccine research and Eli Lilly (NYSE:) halted recruitment of trial participants raised concerns about the impact of the pandemic and affected the appetite for risk.

Governments have been taking advantage of the low borrowing rates and most of the eurozone countries have completed more than three-quarters of their planned borrowing already. A slowdown in issuance will further buoy prices and keep those yields going down.

Economists expect the ECB to announce new stimulus at its meeting in December, when it will publish its forecasts for inflation and growth. In the meantime, bond investors are acting like it’s already here, even though the central bank’s bond emergency purchases slowed to €70 billion in September from €120 billion in June, according to one estimate.