Raiders of the lost treasures 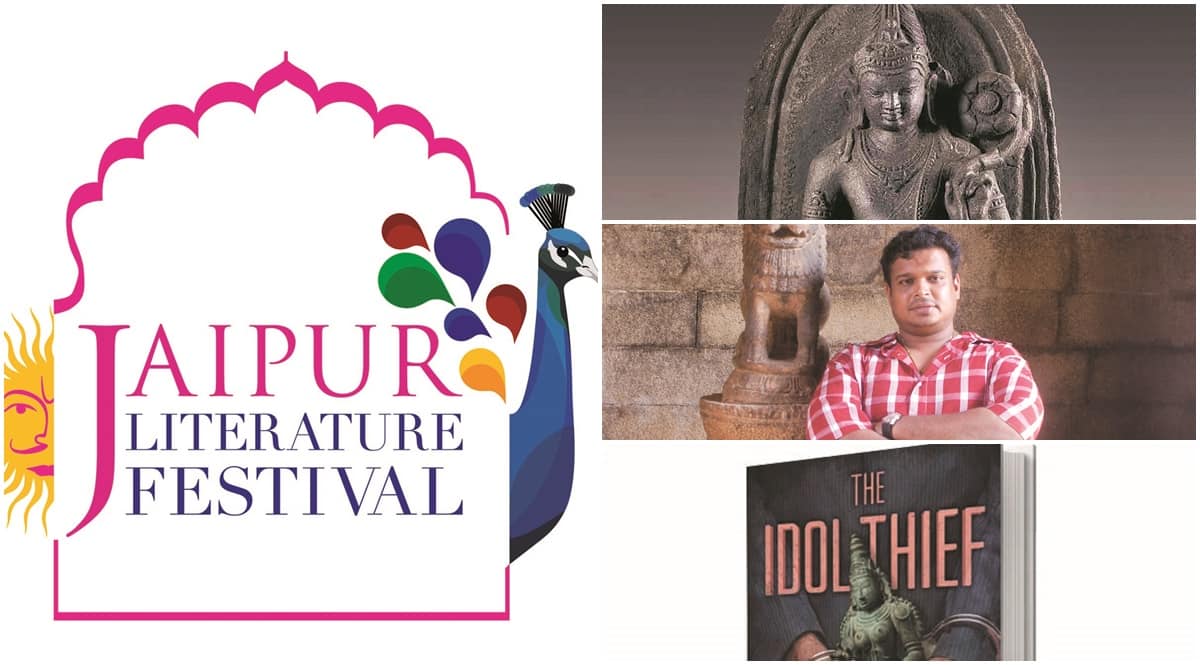 S Vijay Kumar, who is one of the speakers at the ongoing 15th Jaipur Literature Festival, talks about how his book on an infamous antiques’ racket brought the case into the limelight, with the stolen artefacts now returned to India

“Kapoor was arrested in September 2011 in Germany and extradited to India a year later,” says Kumar. The account of this infamous case was documented in Kumar’s book, The Idol Thief (Juggernaut), published four years ago. The book is now available in Tamil, Malayalam, Marathi and Hindi. “Art belongs to its geography; it is created for a sacred purpose,” says Kumar, who is one of the speakers at the ongoing Jaipur Literature Festival (JLF).

Currently awaiting trial in Tamil Nadu, Kapoor owned an antique shop called Art of the Past in Manhattan. “The police seized unsold stock worth Rs 840 crore from his shop,” he adds. Kumar’s India Pride Project, an organisation he founded in 2006, worked hard to prove each of these works had been stolen from the country.

Seized antiques from Kapoor were among stolen artefacts the United States had returned to India late last year. “These antiques have arrived in Delhi and there will be a formal session at the government level to hand them over to the original owners,” says Kumar.

India Pride Project has a team of 300 people and many other volunteers spread across the world. “We are an informal group present on the Internet. Our volunteers across the globe alert us about stolen antiquities,” he adds.

A member of the shipbroking fraternity, Kumar is a cost and management accountant and a Fellow of the Institute of Chartered Shipbrokers, who began working in the shipping industry in Chennai nearly two decades ago before moving to Singapore in 2006. His India Pride Project, a not-for-profit citizen-run initiative, helps the police in retrieving stolen antiques from around the world.

On a routine day, staffers of the Indian Consulate General’s office in Milan only need to step out of the building to experience the fabled Italian art. Therefore, there was much elation recently when they received an artwork in the form of an unusual delivery. It was a 9th-century stone statue of Buddha, reported to have been stolen from Bihar at the turn of the new millennium. The 3-feet-tall idol of Buddha with a lotus in hand belonged to the pre-Pala dynasty period and was written off by the Bihar police as untraceable.

“The statue surfaced in a French art dealer’s catalogue two years ago,” says Kumar. Soon, Kumar and his team of amateur art sleuths and volunteers of India Pride Project raised their level of action. “We worked with the London-based Art Recovery International to track the owner of the statue. We found out that the owner was in Milan,” adds the Chennai-born Kumar.

“The owner of the statue in Milan had conducted a normal art market check and thought it was a genuine piece of antique,” explains Kumar about how the stolen artefact found its way into the Italian city famous for the Leonardo da Vinci painting, The Last Supper. With the help of supporters in the central government, India Pride Project traced the police officer who had initially investigated the case of the stolen statue in Bihar. Once the proof of the case arrived in Milan, the Milanese owner of the statue decided to relinquish his claim on the title. “The statue was handed over to the Consulate General of India last week,” says Kumar.

Kumar will be presenting the case of the Bihar Bodhisattva Padmapani and those of many more stolen Indian idols recovered from abroad at JLF on March 11. He says his work is aimed at raising awareness about the loss of the country’s treasure trove of art and antiquities.

According to India Pride Project, India has brought back 300 stolen artefacts in the past one decade, compared to 19 between 1970 and 2012. “Another 1,000 artefacts are slated to come back from the US and other countries,” says Kumar, whose great-grandfather had a ‘small temple’ in Kolathur village in Vilipuram district of Tamil Nadu.

“According to our estimates, about 10,000 major works of art and antiquities are stolen and smuggled out of India every decade,” says Kumar. Major destinations are the United States and the United Kingdom. “My book is about what is coming back to our country,” he adds.

Faizal Khan is a freelancer

Facebook
Twitter
Pinterest
WhatsApp
Previous articleUkraine crisis will have consequences for whole world, including for India-Russia ties: Envoy
Next articleCanada, US and UK move to strip Russian of IMF board title