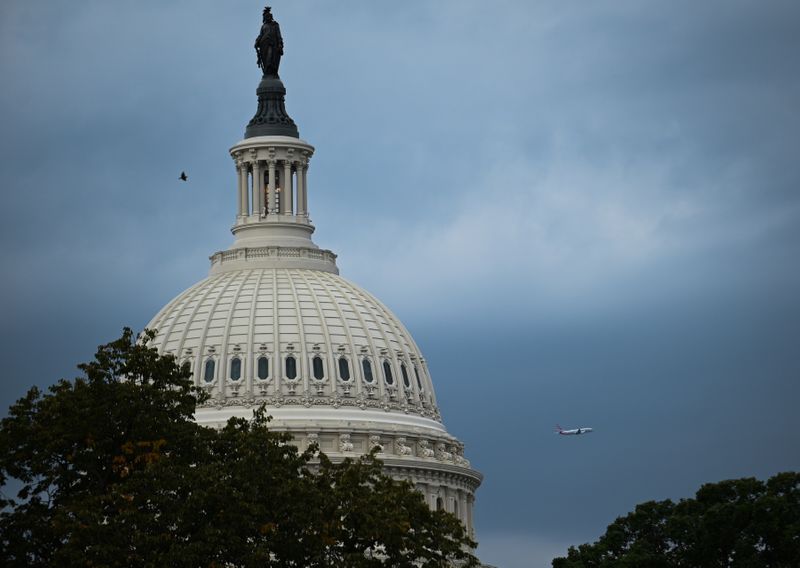 © Reuters. The U.S. Capitol building dome is seen in Washington

(Reuters) – A failed Democratic drive to gain control the U.S. Senate could reduce the prospects for aggressive legislation to combat global climate change, even if Democratic presidential candidate Joe Biden were to win the White House.

By early Wednesday morning, the presidential race between Biden and incumbent Republican President Donald Trump was too close to call, but emerging results from down-ballot races pointed to Republicans maintaining a majority in the Senate.

“I don’t see any way for comprehensive climate legislation to get through the Senate. Off the table for at least two more years even if Biden squeaks out a victory,” said Scott Irwin, an agricultural economist at the University of Illinois.

“No one is going to have an overwhelming mandate,” said Ed Hirs, economics professor at the University of Houston.

Biden has promised to guide the United States economy to net-zero emissions by 2050 to fight global warming if he is elected, a pledge that would require sweeping legislation to achieve.

Trump, meanwhile, has downplayed the risks of climate change and rolled back a slew of climate and other environmental protections to boost U.S. drilling and mining – an approach backed by many Republican senators.

He also withdrew the United States from the international accord to fight climate change called the Paris Agreement, an exit that formally took effect on Wednesday.