The yen has posted slight gains for a second straight day. Currently, is trading at 104.01, down 0.24% on the day. The yen has recovered most of the losses from early in the week. On Sunday, Japan releases Industrial Production and Retail Sales.

The trading week has been particularly short, as Japanese markets were on holiday on Monday, while the US markets were shut on Thursday and many workers are taking off Friday as well. The US dollar gained ground on Monday, as US PMIs for October pointed to stronger growth in the manufacturing and services sectors. improved to 57.7, as the index accelerated for a seventh straight month. climbed to 56.7, up considerably from 53.3 beforehand. Both PMIs were well into expansionary territory, which indicates that the economic recovery continues to gain traction.

Over in Japan, this week’s three events were all inflation releases. The Services Producer Price Index (SPPI) came in at -0.6% in October, marking its first decline since May 2013. This was followed by , which is the Bank of Japan’s preferred inflation gauge. The index has hovered close to the zero level for most of 2020, and the trend continued in September, with a reading of 0.0%. The week wrapped up with a sluggish , which came in at -0.7%, its fourth straight decline.

These soft inflation numbers shouldn’t come as a surprise, as Japan’s economy has been gripped by low inflation for years. The Bank of Japan has stubbornly stuck to its inflation target of around 2 per cent, but this goal appears unrealistic, as the economic activity is weak. Consumers are pessimistic and are holding tight to their purse strings, while manufacturing and exports have been hit hard to lower global demand for Japanese products. 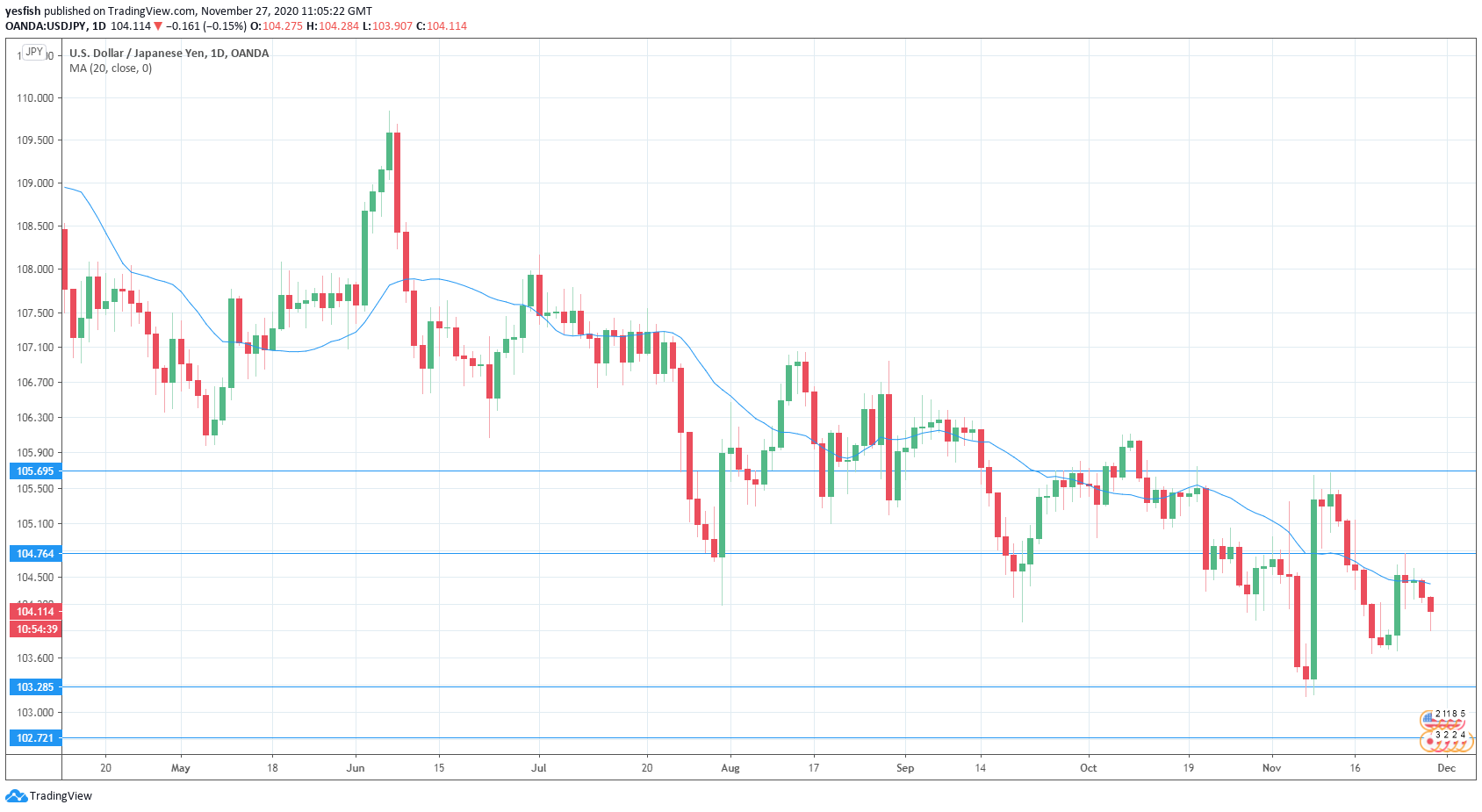 USD/JPY has been range-bound throughout the week.