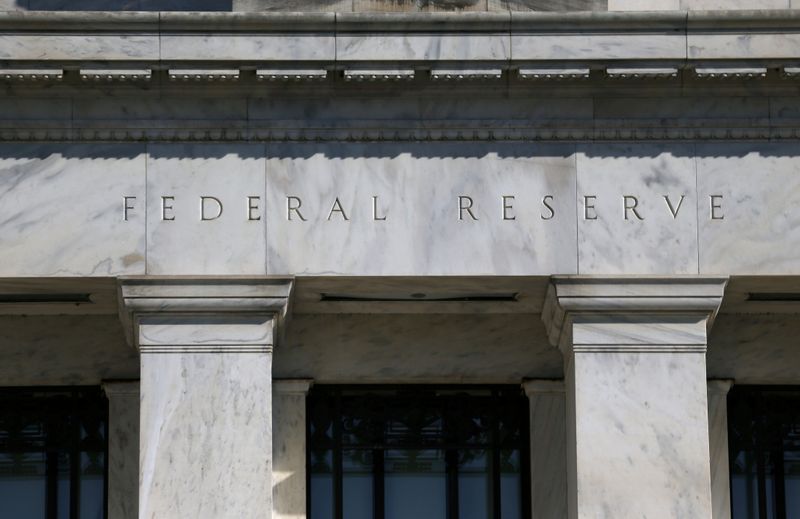 (Reuters) – The big slowdown in U.S. jobs growth last month and the surge in COVID-19 cases signal more hurt ahead for the world’s largest economy, but those rising risks aren’t likely to trigger a rush by the Federal Reserve to ramp up or shift its bond-buying when policymakers meet later this month.

While they may offer guideposts for how their bond-purchase plans may unfold in the months ahead as they continue rounding out a new operating framework laid out in August, their hesitance to do more now boils down to three factors:

* Financial markets broadly speaking aren’t in trouble, or signaling skepticism about the Fed’s commitment to keeping rates low for years to come.

* Households and businesses that are in trouble need grants, which the Fed can’t provide, not lower borrowing costs, which is what the Fed already has delivered.

* And to top it off, Fed policymakers say, the rapid spread of the virus means now is not the time to ramp up stimulus.

“I am not opposed to more accommodation,” Chicago Federal Reserve Bank President Charles Evans told reporters on Friday. But it won’t be until springtime, with the vaccine rollout underway and more clarity on the economic outlook, that “we’ll be able to make the judgment as to exactly what the pace of asset purchases should be, what the duration that we might want to think about taking out should be, and issues like that.”

Evans said he did not “necessarily see a need” even for new guidance on asset purchases, but that down the road something “much bigger” might be required to get inflation to the Fed’s target.

Even with no change to its policy setting, the Fed is delivering a tremendous amount of stimulus to an economy battered by the coronavirus and still struggling to recover from a historic recession. A government report Friday showed U.S. employers added the fewest jobs in November since the labor market began its recovery in May.

The Fed slashed interest rates to zero in March, and has vowed to keep them there until the economy returns to full employment and inflation reaches 2% and looks set to rise moderately faster than that for some time.

Policymakers expect it to take several years to meet that trio of tests, during which time businesses and households will be able to count on borrowing cheaply, which in turn should boost hiring, investment and spending.

The Fed is also buying $120 billion in Treasuries and mortgage-backed securities each month, more than it did in response to the financial crisis.

For weeks, analysts have suggested the Fed may ease policy further by buying more bonds or skewing the purchases to longer maturities so as to exert stronger downward pressure on longer-term borrowing costs.

A rise in virus cases and an impasse in Congress on fiscal stimulus would drag on growth, the thinking went, forcing the Fed to respond.

This week, as fiscal talks rekindled, some analysts speculated that a sharp rise in bond yields could nudge the Fed into action.

Financial conditions are easy, with the yield on the benchmark 10-year Treasury note below 1%.

In addition, he said, shifts in monetary policy often have their biggest impact on the real economy months in the future.

That’s just about the time when widely available vaccines may unleash a surge in economic activity as people take long-delayed vacations and book tables again at fancy restaurants.

“It’s not that hard to imagine that doing more QE (now) is going to make it harder for the Fed to manage both inflation and financial stability once the recovery starts,” Kermani said.

That’s not to say Fed policymakers won’t do anything at their next meeting on Dec. 15-16. Minutes from their last meeting suggest they may soon give clearer guidance on how long they’ll continue to buy bonds, and under what conditions they would rev up, or pare back, asset purchases.

Some 10.7 million out-of-work Americans face a cash squeeze, particularly with pandemic unemployment benefits set to expire at the end of the month.

But overall, U.S. households have excess savings of about $1.4 trillion, estimates University of Oregon professor Tim Duy. Once people feel safe enough to spend that, it could be a good thing for a Fed intent on putting upward pressure on prices.

“This is the best set-up for inflation we’ve had in a decade,” Duy said.

And at that point the Fed may see its biggest task not to tamp down on inflation but to convince markets it will stick to its plan to keep rates low in the face of rising prices. Doing more with its bond-buying program at that point may be just the ticket.

“Maybe the balance sheet needs to be substantially larger just to get inflation up,” Evans said Friday.