Roller coaster ride for EM currencies to roll on: Reuters poll By Reuters 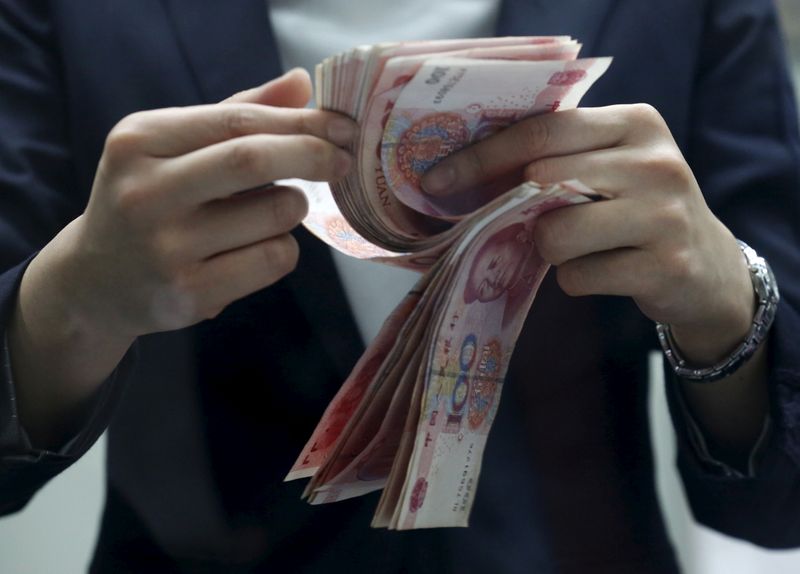 © Reuters. A clerk counts Chinese 100 yuan banknotes at a branch of a foreign bank in Beijing January 4, 2016. REUTERS/Kim Kyung-Hoon/Files

By Vuyani Ndaba and Vivek Mishra

JOHANNESBURG/BENGALURU (Reuters) – Short-term volatility in emerging markets currencies will linger as the jury is still out on the timing of U.S. stimulus tapering and as investors support currencies with greater potential for strength, a Reuters poll found.

In an Aug. 2-4 survey, the outlook for emerging market currencies was mixed against a range-bound dollar, depending on which central bank has begun raising interest rates or has potential for hikes.

“On a tactical basis, recent weeks have made clear that the currencies of high-carry hikers…have been able to weather hawkish shocks from the U.S., as long as monetary policy support continues,” noted Zach Pandl, co-head of foreign exchange strategy for Goldman Sachs (NYSE:).

Brazil’s central bank has positioned itself as a high yield choice after delivering interest rate hikes, and raised the spectre of further increases ahead.

“Overall, the combination of deep value, high carry, and continued support from a rapid hiking cycle may mean that the real can outperform its typical ‘betas’ during bouts of risk-off price action this summer,” Pandl added.

Reuters poll graphic on the outlook for , , and : https://fingfx.thomsonreuters.com/gfx/polling/gdvzyrazkpw/EM%20FX%20graphics.PNG

When asked what would be the top driver of EMFX in the next three months, 37 of 59 respondents said monetary policy developments and 18 said the spread of new variants of the coronavirus.

South Africa’s interest rate hiking cycle is expected to kick off in early 2022, a little later than other central banks like Russia, which raised rates by 100 basis points to 6.5% last month with more hikes expected.

For low yielders like the Korean won and Thai baht, gains are expected in the short-term and over 4% each in 12 months, a sign of favor for less risky currencies.

Investors turned bearish on the Chinese yuan for the first time since April as China’s regulatory crackdown on private sector firms sent jitters through markets.

The yuan, which posted a second month of losses in July, was predicted to trade in a tight range in 12 months as a slowing economic recovery and worries over growing domestic COVID-19 cases hurt the tightly-controlled currency.

“The Politburo is now suggesting China will be ‘setting its own agenda’ on economic policy going forward, which implies that even if the U.S. moves towards tapering and rate hikes, Beijing will stick with further easing in both fiscal and monetary policy – and channeled specifically to the sectors it wants,” said Michael Every, global strategist at Rabobank.

“That is likely to mean a major increase in downward pressure on CNY going forward – which may then trigger a policy response on trade from the White House, if recent history is any guide.”

The Turkish lira, which has been the worst-performing EM currency so far in 2021 after President Tayyip Erdogan’s interference in monetary policy and his sacking of a hawkish governor earlier this year, is set to fall another 11% to 9.4/$ in the next 12 months.

India’s rupee, which dropped to its lowest level in three months last in July, was expected to depreciate 1.3% to 75.1/$ in a year.

“We expect most EM currencies to fall against the dollar, especially those of economies which are dependent on commodity exports and/or have weak balance sheets that leave them vulnerable to higher Treasury yields,” said Jonathan Petersen, markets economist at Capital Economics.