Tuesday’s selling was a flash in the pan quickly undone by Wednesday’s trading. The (via ) sharply advanced, taking out the August swing high with technicals all firmly in the green. The only negative was the lower volume, but this is a marked advance after the successful test of the 200-day MA. 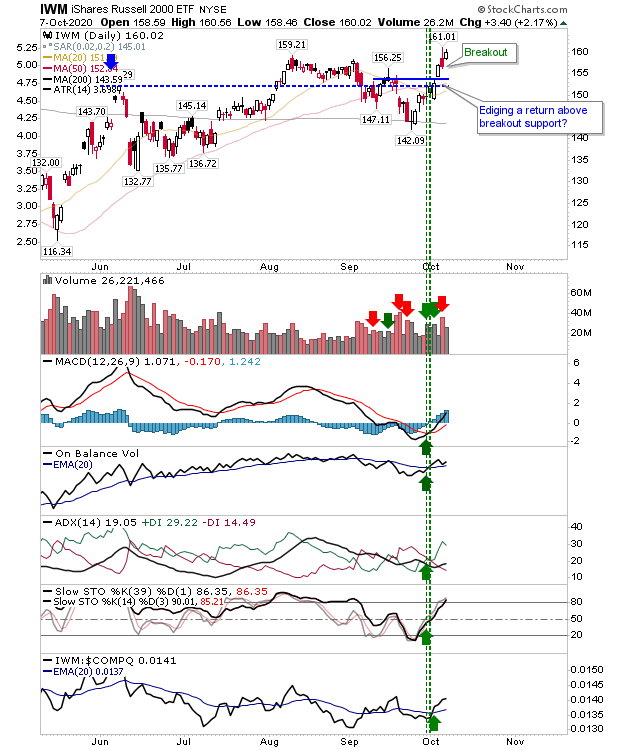 The gain in the Russell 2000 yesterday is an indication markets are steering towards a more sustainable rally, despite the negative news and proximity of the election. The and are both offering long-side trade opportunities for those willing to take on risk at this time.

The NASDAQ hasn’t fully turned net positive in its supporting technicals as stochastics [39,1] remain below the bullish midline. However, trading action suggests this won’t remain the case for long. 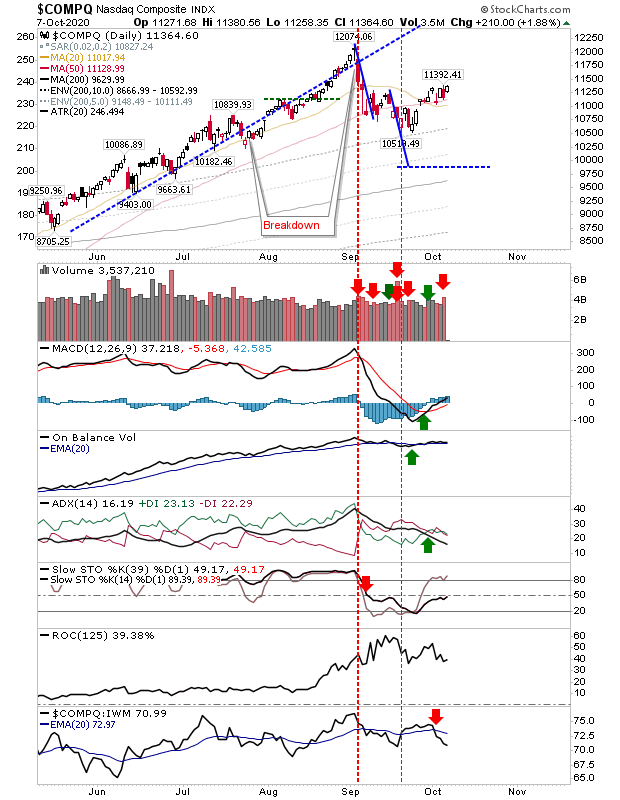 The S&P sits in a similar predicament to the NASDAQ with only stochastics left to turn bullish for key indicators. The S&P (and NASDAQ) are significantly underperforming the Russell 2000, but this is bullish for markets overall as long as the Russell 2000 can maintain its current form. 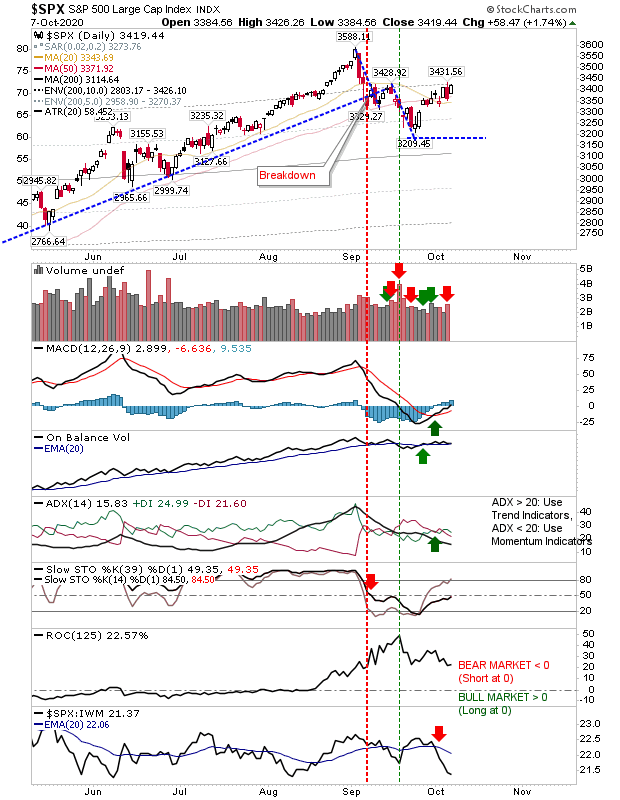 The NASDAQ, S&P and Russell 2000 all have 50-day MAs to lean on should the need arise, but until then, each index is building on a rally started after the Russell 2000 successfully tested its 200-day MA. Better still, the indices have shrugged off damaging news with consumate ease—so the election should hold no fear.