There wasn’t a whole lot of change to the week for indices but it was good to see the (via , below) hang on to the gains generated by Monday’s gap higher. Better still, it looks to have killed the bearish implications of the previous week’s bearish black candlestick.

All we need now is some follow-through higher, helped by some strong technical support—including excellent relative performance. 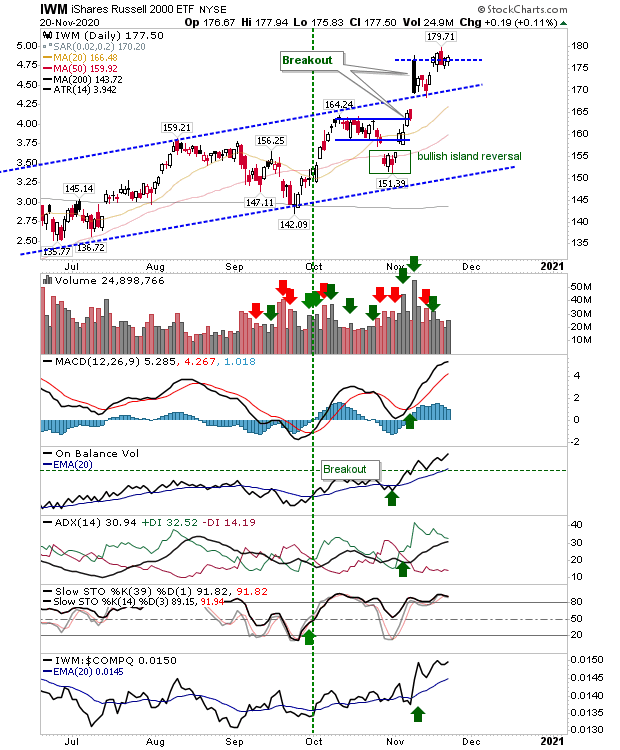 There wasn’t a whole lot to say about the ‘s performance last week, other than it’s hanging around resistance. This is probably a good thing as when it tagged resistance again I thought it would reverse back to September/November swing lows—but it hasn’t done this yet. The technical picture remains unchanged with a weak ‘sell’ trigger in On-Balance-Volume offset by stronger bullish signals in the MACD, ADX and Stochatics. Only the very weak relative performance is a concern. 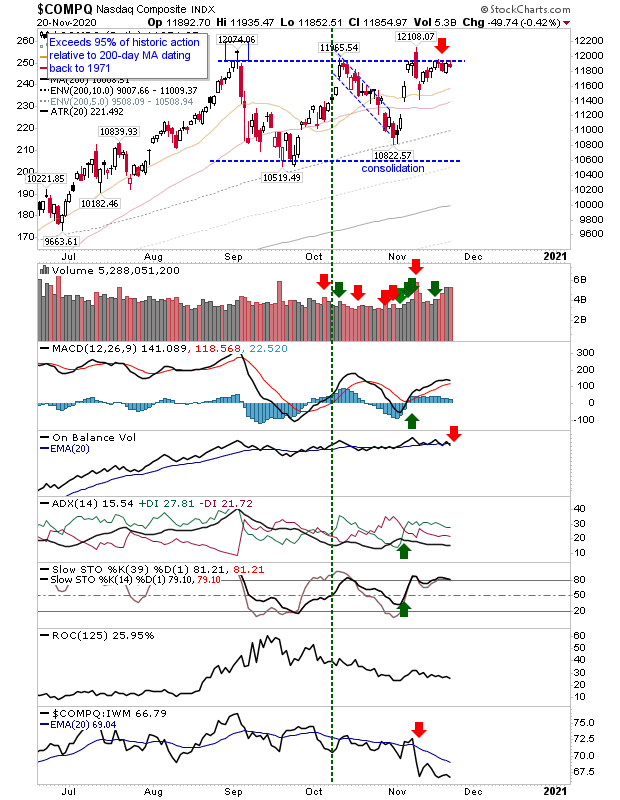 Finally, we have the . I was somewhat disappointed not to see the move into the dominant (bearish) inverse hammer not go on to negate the bearish implications of this pattern. Sellers pushing this back below breakout support (albeit on low volume) is somewhat concerning, but as yet, not too damaging. Technicals are all still net bullish, so this could easily move higher by Monday or early this coming week.

What we can’t afford to see is a one-day, big sell off to take it further away from breakout support. If this were to happen, then we are looking at tests of the moving averages as the next place for buyers to return. 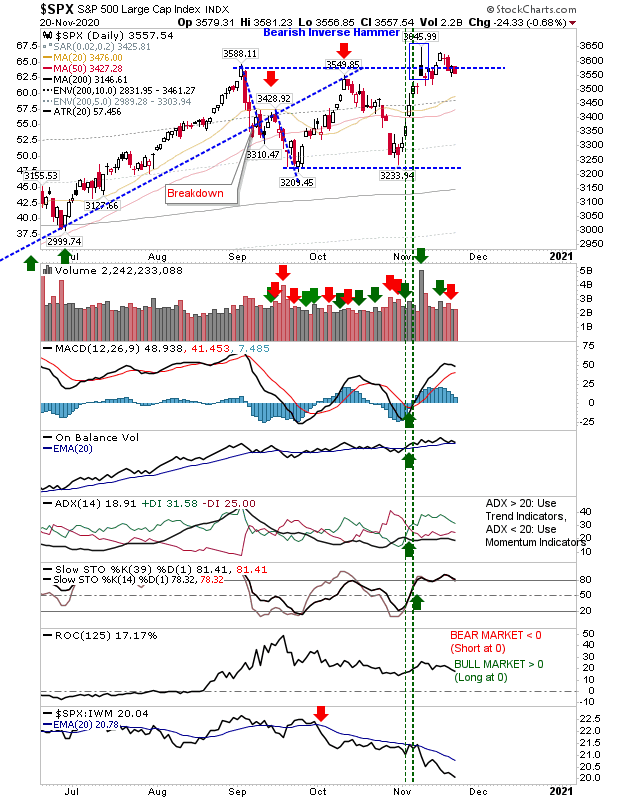 Not a whole lot as changed on the week, but the best of the action was that earlier bearish set ups failed to follow through lower. If buyers can make a more concerted effort to again challenge those bearish candlestick highs then the last of the shackles marking supply would be broken and momentum buyers could take over.