Russian oil and gas condensate output up in September: Interfax By Reuters 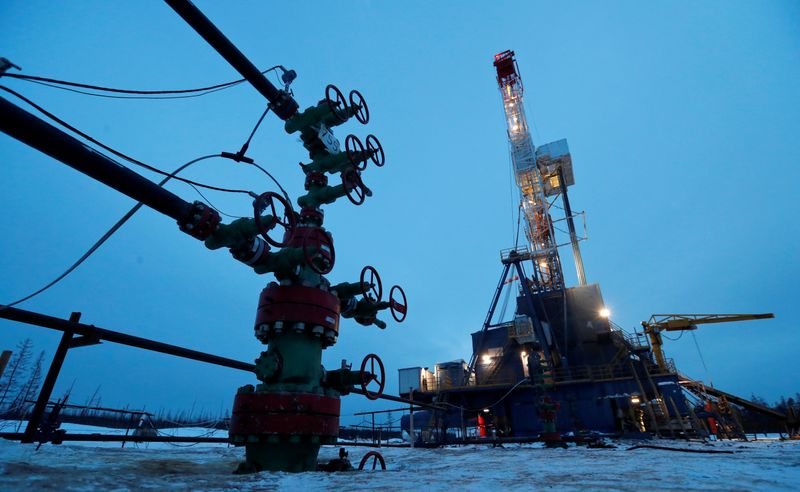 © Reuters. FILE PHOTO: A well head and drilling rig in the Yarakta oilfield in Russia

This was up from 9.86 million bpd in August and in line with what sources told Reuters a day earlier.

In tonnes, oil and gas condensate production stood at 40.65 million tonnes for September, against 41.7 million tonnes in August, which is one day longer.

The OPEC+ producer group’s global deal excludes condensate, a type of light oil, some 700,000-800,000 bpd of which Russia pumps on average. Moscow’s quota is now 9 million bpd of oil.

Leading traders believe that the group is unlikely to increase oil output as planned from January because that could add further downside pressure to an already weak market.

Russian Energy Minister Alexander Novak on Monday said the global oil market has been stable for the past few months and the balance between supply and demand has been restored, though the COVID-19 pandemic ensures that uncertainties remain.