Santander plans to cut 14% of jobs, third of branches in Spain: sources By Reuters 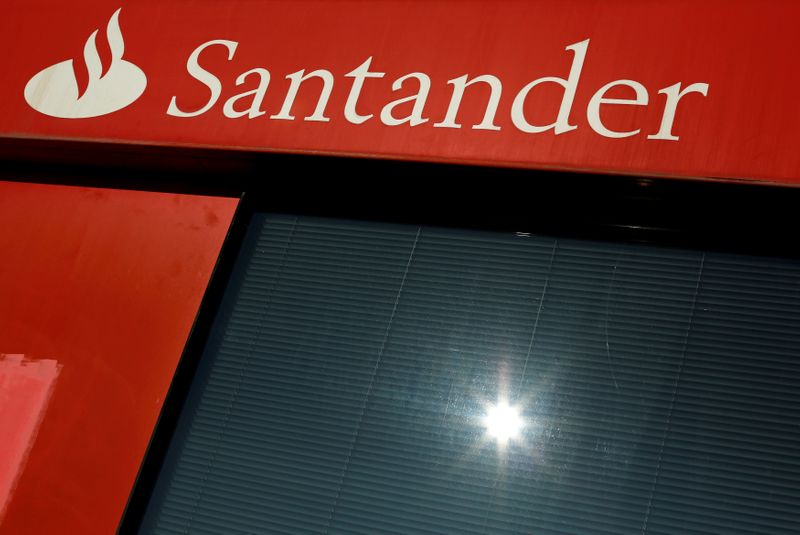 © Reuters. FILE PHOTO: A logo of Santander, the euro zone’s largest lender by market value, is seen on a branch in the Andalusian capital of Seville

MADRID (Reuters) – Spanish lenders, including Santander (MC:), are increasing cost-cutting measures to cope with the economic impact from the COVID-19 pandemic, ultra-low interest rates in the euro zone and a shift by customers towards online banking.

On Friday, two sources with knowledge of the matter said that Santander was planning to cut 4,000 jobs, or around 14% of its total workforce in its home market, and close up to 1,000 branches, around 32% of its branch offices in Spain.

At the end of September, the bank had 28,797 employees, including at its company headquarters on the outskirts of Madrid, and 3,110 branches across the country.

The sources said another 1,000 staff would move on to different jobs within its Spanish branches.

Though the number of branches since the financial crisis in 2008 has nearly halved, Spain is one of the countries with the highest number of branches per 100,000 adults in the world, at nearly 50, according to the International Monetary Fund.

Banks across Europe have been deepening cost cuts on stand-alone basis or through tie-ups.

Pressure from ultra low interest rates and a change in consumer habits is also driving changes in the industry.

At Santander, almost half the sales during 2020 have been done on digital channels, a trend which has been accelerated by the pandemic.

According to one of the sources, in two years transactions done in branches could halve.

At the end of October, Santander earmarked an extra 1 billion euros in cost savings in Europe by 2022, and said it was planning to reduce staff in Spain, Portugal, Britain and Poland..

That was on top of 1 billion euros in savings the group was planning in Europe by 2020.

Among other Spanish lenders, Sabadell (MC:), the country’s fifth-biggest in terms of assets, is planning to reduce costs at home, while speeding up a cost-cutting plan at its British arm TSB.