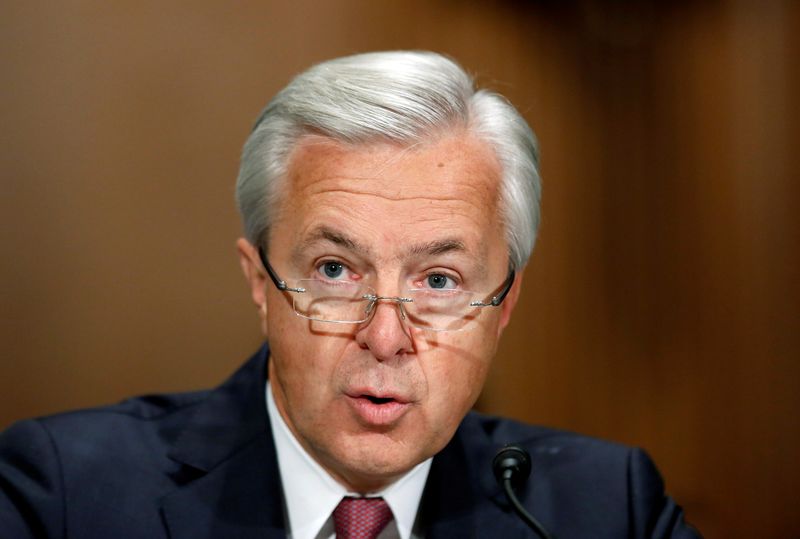 The agency claimed that the former executives misled investors about the widespread sales practice problems at the bank. Stumpf agreed to pay a $2.5 million penalty to settle the charges, while the SEC will litigate fraud charges against Tolstedt in court.

A lawyer for Stumpf did not immediately respond to a request for comment. An attorney for Tolstedt said she was an “honest and conscientious executive,” and the SEC charges are “unfair and unfounded.”

The new charges mark the latest in a long-running set of legal and regulatory woes for the bank and its former leadership, after the firm was embroiled in a massive scandal over the creation of fake accounts by employees. In February, the bank agreed to pay $3 billion to settle a joint probe by the SEC and Justice Department.

Stumpf and Tolstedt have faced individual sanctions as well. Stumpf was barred from the banking industry and fined $17.5 million by a banking regulator in January, and Tolstedt is facing a $25 million fine which she is fighting in court.

In the latest charges, the SEC said the pair misled investors about the health of their sales practices, and they should have known about deep-seated issues within the bank.