Markets are yet to deliver on fresh breakouts as they linger near resistance, but they are making heavy weather of it. Triple tops are rare patterns and the is signalling a breakout but hasn’t quite done enough to confirm it yet.

Technicals for the are bullish with the exception of relative performance to the Russell 2000.. 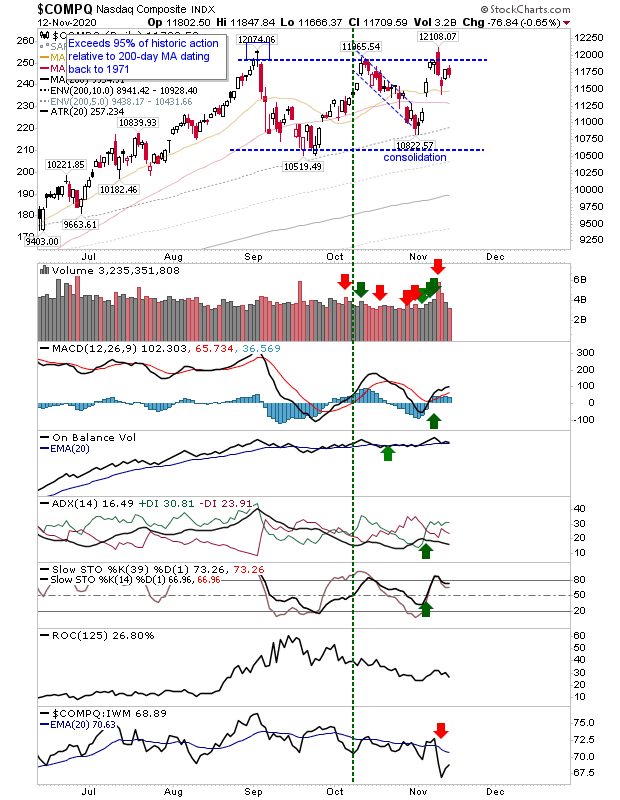 The S&P is dominated by its bearish inverse hammer. Technicals—other than relative performance—are all bullish. 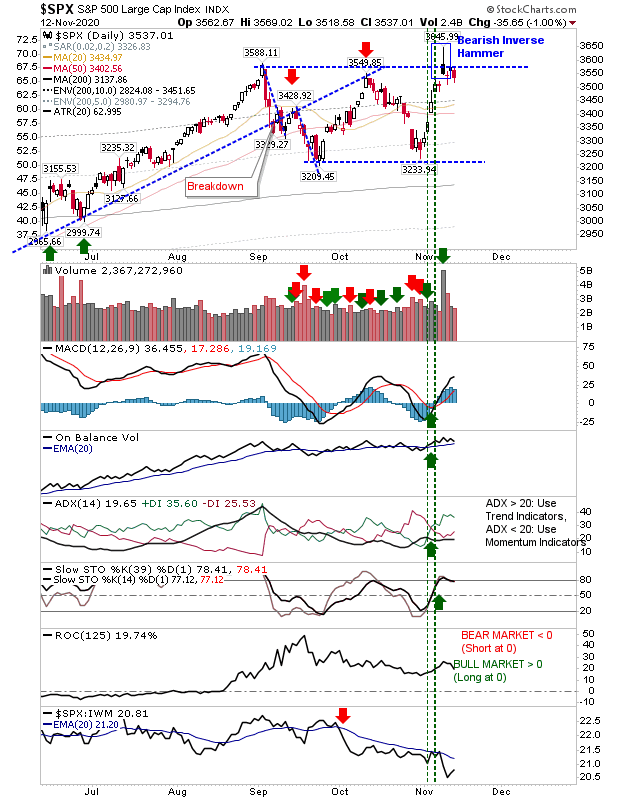 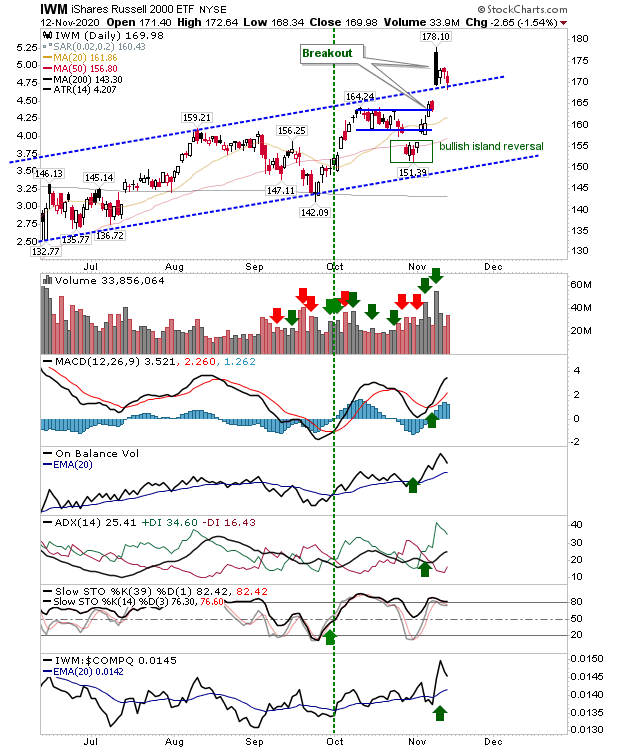 It’s a last chance to cement a positive weekly candlestick. The Russell 2000 is best places to mark a breakout from a consolidation which dates back to the start of 2018, but other indices are weighing it down. Let’s see what happens.