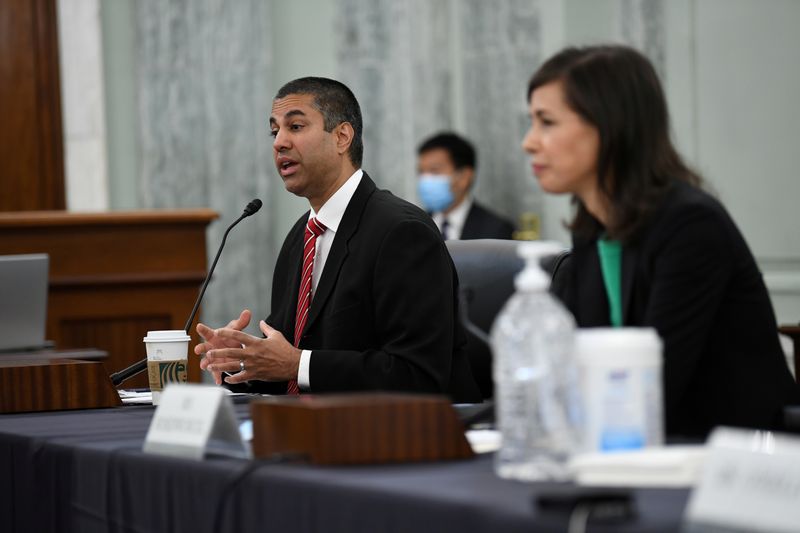 WASHINGTON (Reuters) – Democratic Senator Richard Blumenthal said on Tuesday he would block the nomination of a senior Trump administration official nominated to a seat on the Federal Communications Commission unless he agreed not to take part in an effort to impose new regulations on social media companies.

U.S. President Donald Trump in May directed the U.S. Commerce Department to file a petition with the FCC seeking to curb legal protections for social media companies.

Nathan Simington, a Commerce Department official, acknowledged at his Senate Commerce committee confirmation hearing on Tuesday that he played a “minor role” in drafting the petition. “I helped with the blocking and tackling,” Simington said.

Trump has railed against Twitter Inc (N:), Facebook Inc (O:) and other social media firms, claiming they have not treated him fairly. Before the hearing, via Twitter, he urged speedy action on Simington’s nomination.

Trump abruptly pulled his nomination of FCC Commissioner Michael O’Rielly for a new term in August after O’Rielly questioned whether the FCC had authority to issue new social media regulations. Trump tapped Simington instead.

“You’ve been sent to the FCC instead of Mr. O’Rielly because he was fired. He stood up to the president. We need the FCC to be independent,” Blumenthal said.

Blumenthal said because of Simington’s role in the petition drafting, he should recuse himself from any regulatory decision.

Simington said it would be “premature” to recuse himself and said he would abide by FCC ethics office guidance on the issue.

FCC Chairman Ajit Pai said on Oct. 15 he would move to set new rules to define protections for social media firms under Section 230, a provision of the 1996 Communications Decency Act that shields social media companies from liability for content posted by their users and allows them to remove lawful but objectionable posts.

Many legal experts and internet companies argue the FCC has no authority to issue regulations under Section 230, while the FCC’s general counsel said Pai has authority. Simington said he agreed that the rulemaking was a good idea.