Share of UK workers on furlough at highest since June, as second lockdown hits By Reuters 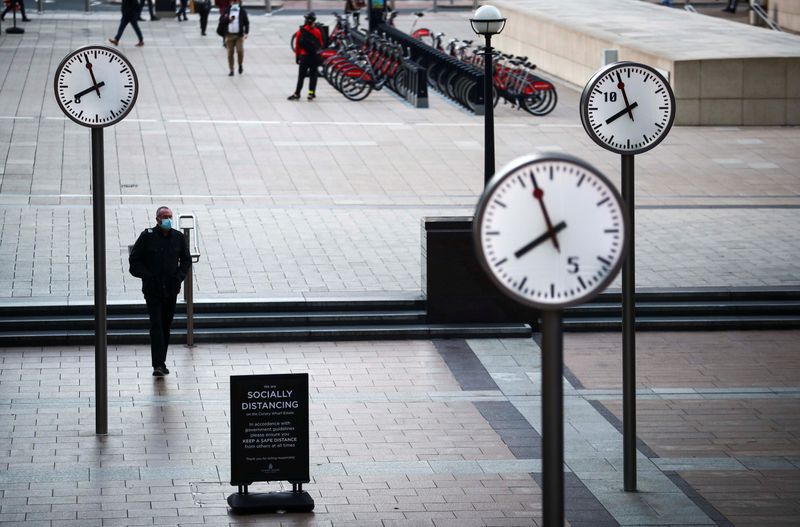 LONDON (Reuters) – The proportion of British workers on furlough has jumped to its highest level since late June following the introduction of a temporary four-week lockdown across England to reverse a second wave of COVID cases, official figures showed on Thursday.

Businesses reported that 15% of staff on average were on furlough between Nov. 2 and Nov. 15, up from 9% in the previous survey which covered the second half of October, the Office for National Statistics said.

Britain’s government placed England under a four-week lockdown which started on Nov. 5 which closed restaurants, pubs, non-essential retailers and most other businesses open to the public.

Finance minister Rishi Sunak had intended to terminate the furlough programme at the end of October, but the second wave of COVID cases forced him to extend it until the end of March.

At its peak in May, the programme supported 8.9 million jobs – almost a third of all employees – and it has been the single most expensive part of Britain’s COVID economic support programme, costing 43 billion pounds ($57 billion) so far.

On Wednesday, the Office for Budget Responsibility forecast that take-up in November would rise to 21% of the workforce due to lockdowns in England and other parts of the United Kingdom, before declining to 12% in early 2021 as restrictions eased.

Without the programme, Britain would see a significantly bigger rise in unemployment than the peak of 7.5% pencilled in for next year, the OBR said.