Like , is another commodity that has been in consolidation for some time following the explosive rally in the summer which saw it touch $30 per ounce before retracing and building a platform of recovery in the $23 to $26 dollar per ounce area.

And like oil, it pays to step back from the oscillations of the daily chart and consider the weekly chart instead. And as we can see, it is the volume point of control as denoted with the yellow dashed line which is the fulcrum for this market. It is where price agreement has been reached but what is also significant is that the vpoc is also neatly sandwiched between two clear price levels. To the upside, we have the ceiling of resistance at $25 per ounce and denoted with the red dashed line of the accumulation and distribution indicator.

As can be seen on the chart this has been tested 9 times in the past and held firm, and hence presents an extremely strong ceiling of resistance and one which looks set to be tested again this week. Equally, below the VPOC we have the blue dashed line which has been tested 8 times and therefore presents a strong platform of potential support. 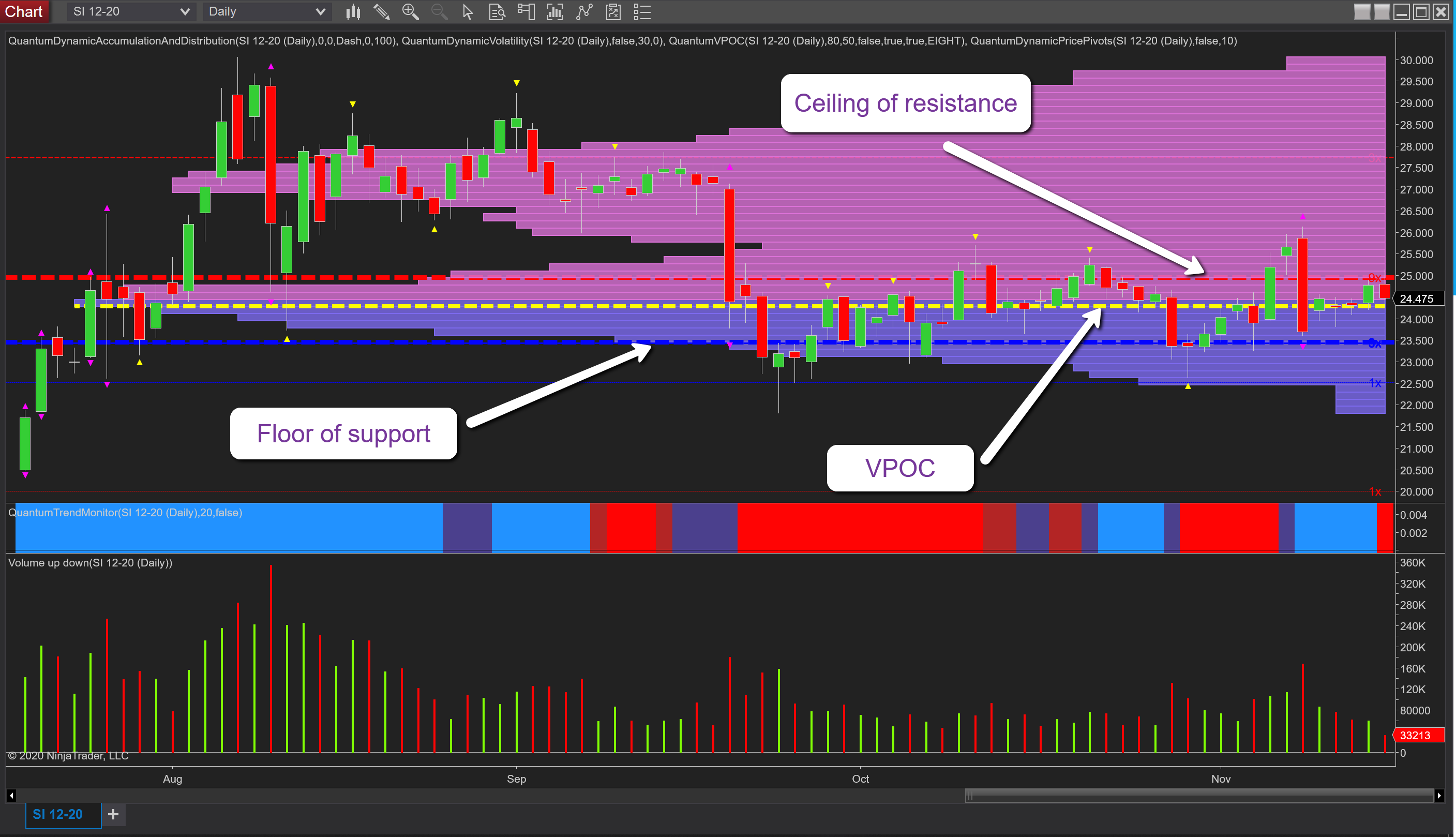 Moving to the volume at the bottom of the chart it is interesting to compare that of October and November with the volume of August and confirms what we expect to see. In other words, in congestion phases, whether on intraday or longer-term charts, volume falls away as the market congests and confirms the current cycle.

It is only when we see volume increase dramatically are we likely to witness silver moving higher once more and breaking through the key resistance outlined above. However, that is not the end of the story as far as a bullish trend is concerned as we then have to battle through heavy volume-based resistance on the VPOC histogram which extends from $26 per ounce through to $28.00 per ounce at which point any progress higher will be more straightforward and so require less effort. And so to paraphrase from a recent post on , it’s going to be a long hard road back for silver too!