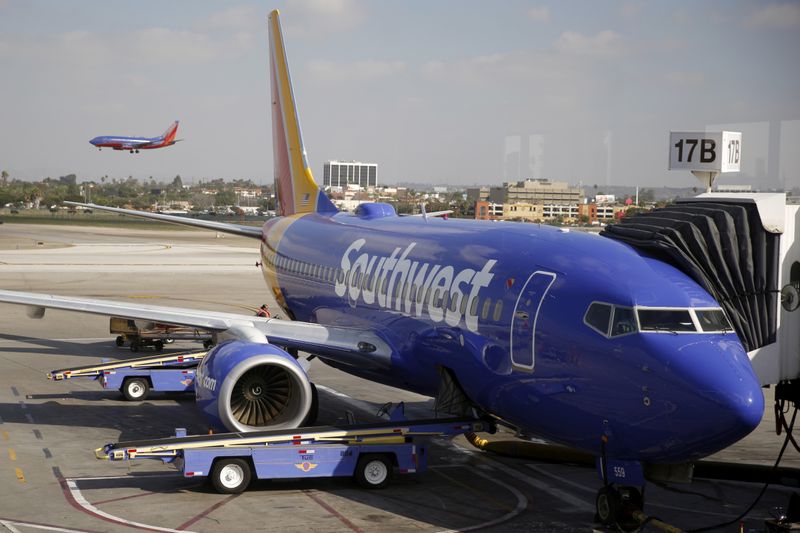 (Reuters) – Southwest Airlines (N:) said on Friday it has sent notices of potential furloughs to 42 parts inventory workers after talks with one union group stalled over pay cuts the airline argues it needs from all employees to offset $1 billion in overstaffing costs.

The first furloughs at the 49-year-old company would take place in January unless the International Brotherhood of Teamsters agrees to a deal or Washington passes “a satisfactory” extension of a payroll support program for airlines, Southwest said.

An initial $25 billion in federal payroll support for airline workers expired in September, prompting tens of thousands of furloughs across the industry after lawmakers failed to agree another COVID-19 economic relief deal before the Nov. 3 U.S. election.

Southwest remains in talks over cost savings with representatives of other union groups, it said, and left the door open for negotiations to save the 42 jobs at risk among Teamsters members.

“This is not the result we hoped to achieve,” Southwest Vice President of Labor Relations Russell McCrady said in an emailed statement.

Meanwhile, Southwest’s outsourcing of maintenance work to foreign contractors threatened to return to the fray in discussions with the union representing some 2,700 mechanics, after the two sides ended a 7-year contract impasse in 2019.

AMFA has asked Southwest to provide information on its outsourcing footprint and costs, while moving forward with discussions on possible cost-savings measures, outside of opening the collective bargaining agreement.

Southwest pilots have also pushed back on the company’s proposal to cut employees’ pay by 10% but remain in talks, as does the flight attendants’ union.