I’ve mentioned the importance of Friday’s close on the Russell 2000 here, but the finished the week doing its own thing as it worked to reverse the dominant bearish inverse hammer. This particular candlestick is of particular concern, not just because of the pattern but the huge volume which went with it. However, the end of week finish was positive as the index was able to poke its head into the spike high of the inverse hammer. 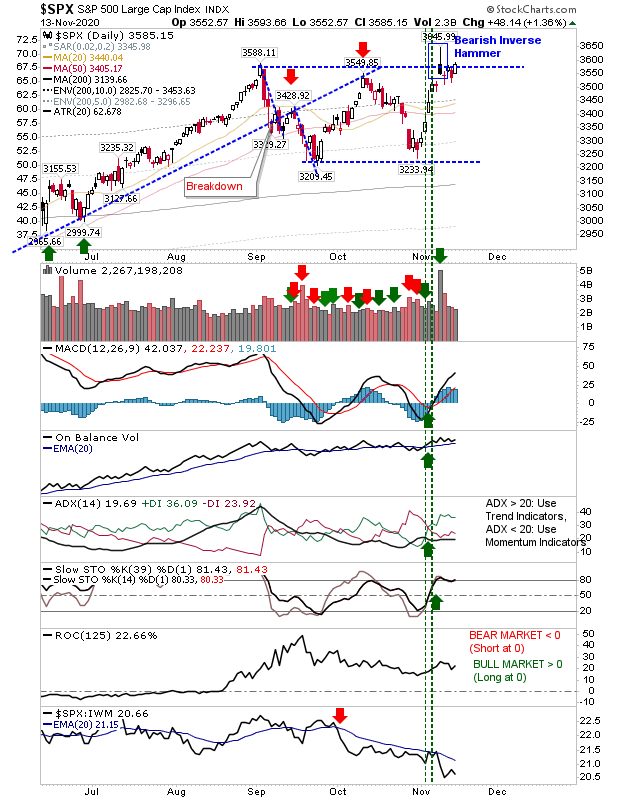 The hasn’t quite enjoyed the same positive finish to the week as the S&P, but those looking for a sneaky bullish play this coming week may find some joy in the narrow range candle from Friday; a loss of Friday’s low is the risk factor. Lead technicals are all positive, but there is a large relative loss against the similarly speculative Small Cap . 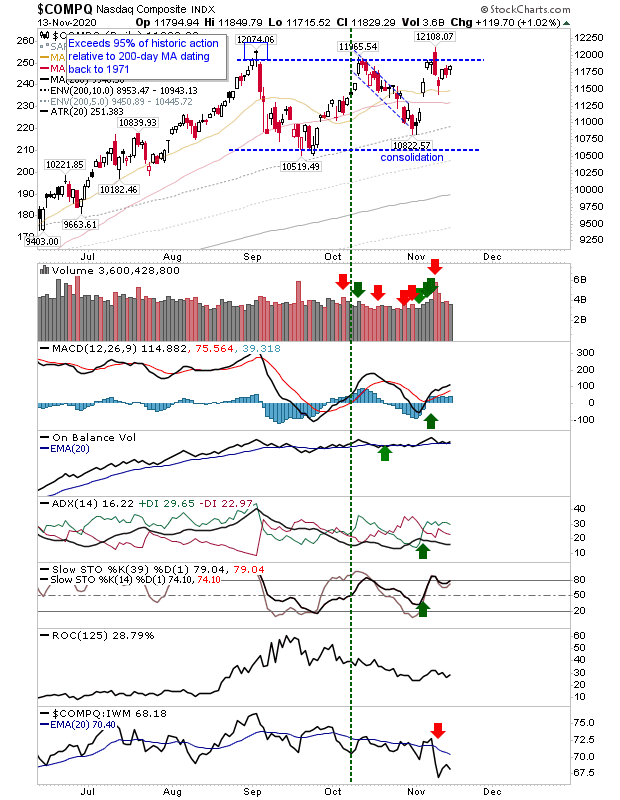 The Russell 2000 (via ) broke with a bearish black candlestick, but despite this typically bearish set up it still managed to close the week with a small gain Friday with the breakout gap intact. The index also benefited from outperforming both the NASDAQ and S&P. We will want to see the bearish black candlestick negated by the end of the week because the Russell 2000 is carrying the hopes of the indices and bull market with it. 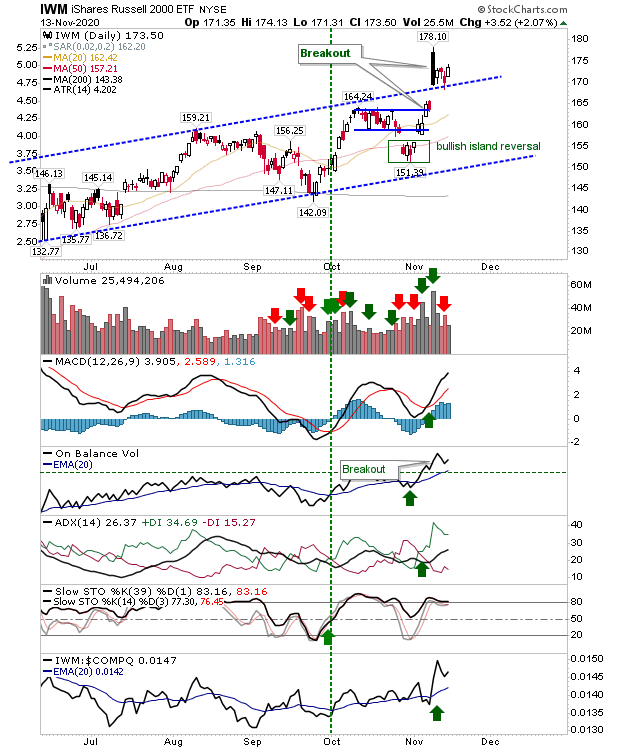 I haven’t mentioned this index much, but the (INDU) started the week with a gap breakout and finished the week with the same breakout. It does have a bearish inverse hammer to consume—as with the S&P—but it doesn’t feel as dominant. The index enjoys solid net bullish technicals including a key outperformance against Tech averages. 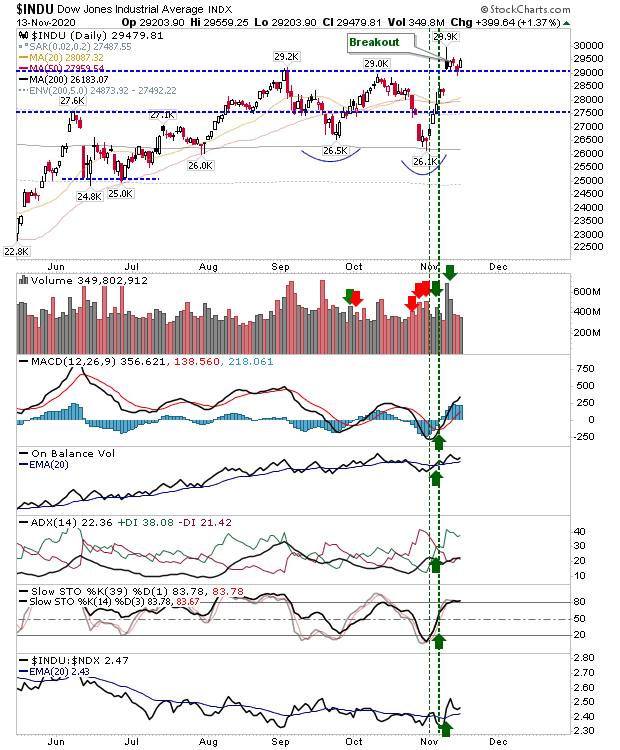